Exploring the cultural nuances of Okinawa in Tokyo

A three-hour flight from Tokyo and lying in the middle of the East China sea it is not easy to get to Okinawa; Japan's forgotten province. However for those wanting to sample the food and culture distinct to the small island without visiting an airport; consider paying homage to Okinawa Town, a small substation of the islands bustling and unique culture.

Located a short walk from Daitabashi Station in Tokyo, two stops (six minutes) from Shinjuku Station, Okinawa town is a small collection of traditional Okinawan eateries and shops. According to reports, a considerable number of Okinawans had migrated to the area however it was officially deemed a mini-Okinawa following an urban development project aimed at regenerating the area.

Whilst only covering a small geographic area, Okinawa Town is packed with a variety of eateries and retailers. The following is a brief guide on what you can expect to find in mini-Okinawa.

Okinawan styled grocer, that sells a variety of products native to Okinawa. IJUN sells packaged Sat Andagi, which are essentially sweet deep fried buns not dissimilar to a doughnut however without the hole the middle. Whilst they are not homemade or on site, they are still delicious and cheap. Expect to pay around ¥370 for a package of seven.

With a typical Okinawan shisa tiled roof, Syuri Saimen is perfect for visitors looking for something substantial whilst still wanting to sample the traditional Okinawan cuisine. The restaurant sells a variety of Okinawan soba and a popular steamed vegetable styled meal.

For those wanting to try something a little bit stronger look no further than the Katajiri Sake Shop. The retailers sell a rare blend of original Awamori sake, which is produced by using a particular type of rice native to Okinawa. For those wanting to try before you buy, sampling is permitted. Expect to pay around the ¥1500 mark for a large bottle. 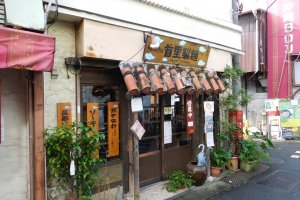 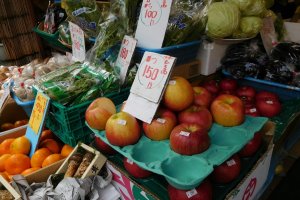 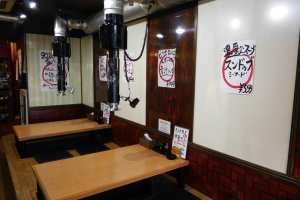 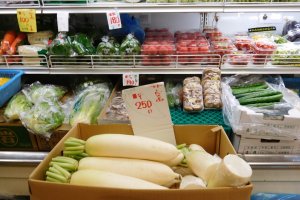 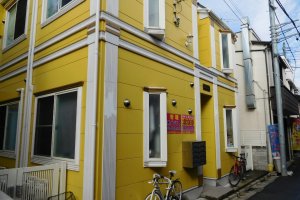 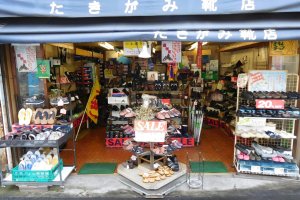