Among the scores of National Treasures to be found in Tokyo, ancient literary works with Chinese and Japanese origins feature strongly. Outside of a few private collections, the bulk of these works will be found in the collection of the Tokyo National Museum and range from classical poetry collections to Buddhist spiritual scrolls and texts. Other museums and organisations, too, hold their own copies of Japan's literary history and heritage. Here is a simple guide to where in Tokyo these National Treasures can be found.

Among the many, many works held by the Tokyo National Museum, visitors will find an edition of the Japanese classical poetry anthology, Manyoshu, the oldest extant copy of the collected writings of 7th-century poet, Wang Bo, segments of the Sutra of the Wise and Foolish handwritten by Emperor Shomu and a version of the Lotus Sutra written in tiny script.

Charged with promoting Japanese art and culture, the Agency for Cultural Affairs is responsible for many works including Japan's oldest hand-copied sutra dating from the late 7th century and a lexicon of Chinese characters showing their Japanese pronunciation and meaning as used in the classical Manyogana script.

Waseda University holds an annotated edition of the Classic of Rites, a work detailing the norms and rites of the 7-10th century Tang Dynasty as well as a 30-volume Chinese character dictionary from the 8th century.

Toyo Bunko, home to Japan's study of Asia, holds a copy of the Shangshu Book of Documents, the 11-7th centuries BC Mao Shi collection of Chinese poems, Records of the Grand Historian from the 1st century BC, the Spring and Autumn Annals detailing the history of the 8-5th century State of Lu in China as well as ancient poetry collections.

The Okura Museum of Art holds a 12th-century preface to the Collected Japanese Poems of Ancient and Modern Times.

The Seikado Bunko Art Museum is home to Wakan Roeishu, an anthology of Chinese and Japanese poems from the early 11th century.

The Nezu Museum holds two works, an 8th century transcription of a Chinese translation and sections of an 11th-century Lotus Sutra manuscript.

The collection of the Gotoh Museum features a 14th-century confirmation that one Betsugen Enshi had been accepted into the ascetic practice of his faith and a 13th-century meditative text that was written to be recited aloud.

The Hatakeyama Memorial Museum of Fine Art contains a 12th-century letter in the form of a hanging scroll by Zen master, Dahui Zonggao.

The Idemitsu Museum of Arts holds the Companion of Past Ages, one of the great albums of calligraphy with works dating back to between the 8-15th centuries.

Despite rarely being open to the public, the Maeda Ikutokukai holds some 22 National Treasures. the works, related to the Maeda clan who once ruled in what is now Ishikawa and Toyama Prefectures, are often on display at the Ishikawa Prefectural Museum of Art in Kanazawa. 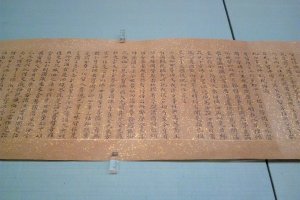 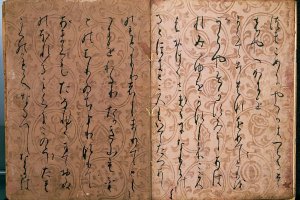 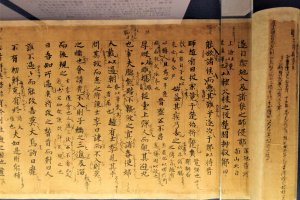 Elizabeth S 2 years ago
In 2011, the Tokyo National Museum had an exhibit - Honen and Shinran: Treasures Related to the Great Masters of Kamakura Buddhism.

I was astounded. The exhibits, with audio guide, modern Japanese transliteration and English translation, made their works come alive. The warmth of their relationship and the family feeling (Shinran’s wife Eshinni raised their children and preserved the teachings) made them feel not so far away in time.

I hope there are exhibitions like this one in the future.
Reply Show all 1 replies

Sleiman Azizi Author 2 years ago
Ah, I would have enjoyed that exhibition had I been able to attend.
Reply

Bonson Lam 2 years ago
This is a comprehensive survey of literature in Tokyo, and a good way to hop your way around these fine institutions.
Reply Show all 1 replies

Sleiman Azizi Author 2 years ago
This kind of information seems like a good way to showcase the breadth of Tokyo's responsibility towards its cultural heritage.
Reply

Elena Lisina 2 years ago
A lot of opportunities for kids to study their culture! To my regret, I can only appreciate visual arts. :)
Reply Show all 1 replies

Sleiman Azizi Author 2 years ago
Tokyo is the caretaker of a lot of history here with these literary works. In its own way, literature can also be a 'visual art'.
Reply
6 comments in total
Back to Contents