A collection of works from contemporary artist Tamura Satoru

From September 18th until September 23rd, Ginza Tsutaya will host a solo exhibition of works from contemporary artist Satoru Tamura. Born in Tochigi Prefecture in 1972, Tamura is a graduate of the University of Tsukuba's School of Art and Design (department of mixed media). He frequently incorporates electricity into his works, something which is seen as an important part of society's infrastructure. However, his works make the viewer think about electricity in a different way — once the glitz of the flashing lights wears off, it becomes apparent that the use of power doesn't fulfil any societal need other than that of appreciating art for art's sake.

This specific exhibition will take place at the Ginza Atrium, which is the central event space in the store. 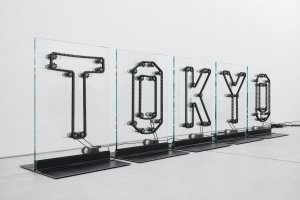