A limited-time event at Ginza Tsutaya

From September 11th until October 1st, Ginza Tsutaya will be hosting a solo exhibition of works from artist Toru Kurokawa. Born in Kyoto Prefecture in 1984, Kurokawa graduated from the University of Tsukuba's School of Arts in 2007, and completed his Masters at the Kyoto City University of Arts in 2009. Specializing in ceramics, he has taken part in numerous solo and group exhibitions both here in Japan and abroad over the past decade.

This specific event will showcase 10 of his new works, which draw inspiration from the same technique as Ibushi tile making. Some will also be available to purchase for those who may be interested. 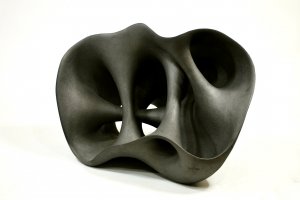