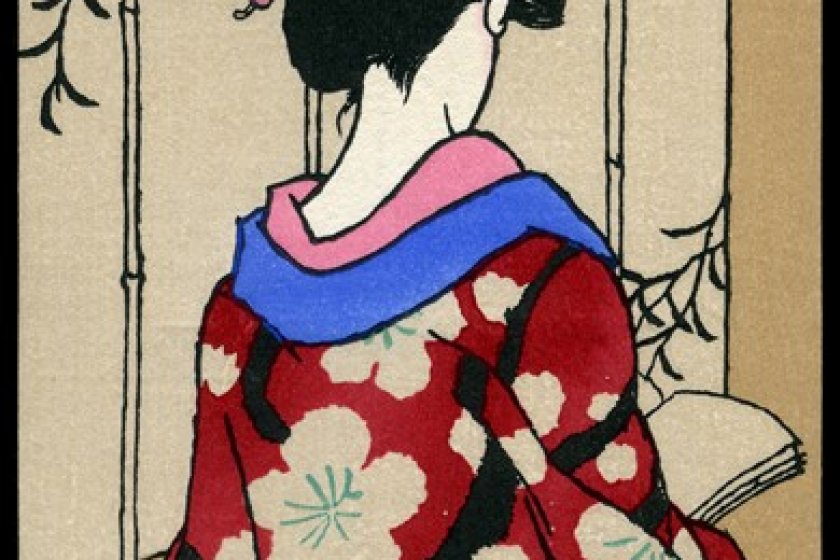 Two artists of the same era, two museums together

On a quiet side street between Nezu and Todaimae stations in central Tokyo, there are two museums sitting side by side. They were both founded by a lawyer keen to preserve the art of two artists from the Taisho era of the 1910s-20s, Kasho Takabatake and Takehisa Yumeji. However, you don't need to know about these artists (I didn't) to enjoy a visit here.

This is nominally dedicated to the works of Kasho Takabatake, who worked mostly as a magazine illustrator, but holds different exhibitions throughout the year, sometimes featuring different artists. When I visited, they were showcasing Sayume Tachibana, another painter of the same era, whose choice of subject matter led to his being known as 'The phantom painter'.

Tachibana's paintings are eerily beautiful, not unlike traditional traditional Japanese art in execution, but with a strong otherworldly feeling, drawing on macabre legends and folktales. In one painting, a woman among flowers wears a pagan animal mask, half deer and half rabbit; in another, a woman sitting among flowers casts a chimeric animal shadow. I enjoyed this unique, original blend of the traditional and the ghostly.

Up on the third floor is a display of Takabatake's art, with paintings, cards and hanging scrolls as well as illustrations. This really shows his fusion of Japanese and western style, typical of that open, modernizing time in Japan's history. It's represented clearly by one painting of three women, one in a kimono welcoming two in western clothing.

The Takehisa Museum is smaller, but has a wider range of objects on display: covers and illustrations from magazines and childrens' books, hanging scrolls, vintage photographs, an antique gramophone. These also show a western influence: the themes are Japanese, but the style is non-traditional, with heavier lines, simpler outlines and patterns.

The portrayal of women here is interesting: most of them are glum - I don't know whether that's a reflection of the times, or just if Takehisa only know glum women - and there was one picture of a women breast-feeding, which must have raised some eyebrows a hundred years ago.

Although the museums were founded and are named separately, they are connected by a passageway; there's one entrance, and your admission fee is for both museums together. By the entrance there's also a small but very well-stocked gift shop with a wide range of goods for sale: books, cards and prints, stationery, mugs, bags and plenty more.

There's also a cafe attached to the museums, where you can talk about the art or admire your purchases over a drink, cake or light meal. 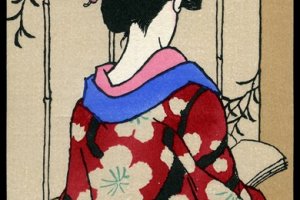 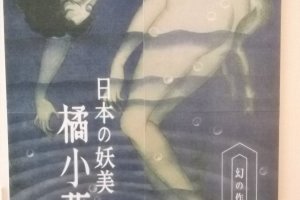 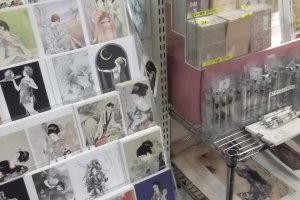 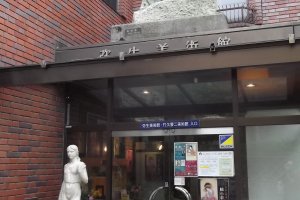 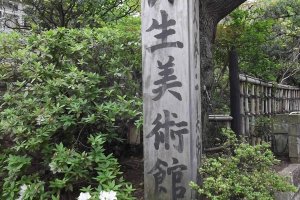 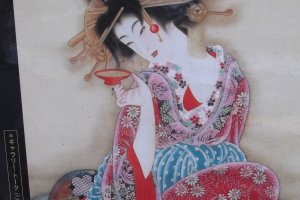 Terrie Lloyd 5 years ago
Is that a Kappa on the nude woman's back? Beautiful and original art from the twenties... What a great find Peter!
Reply Show all 1 replies

Olga 5 years ago
Looks like a Kappa to me too, Terrie! Definitely a nice place to visit, especially in this summer heat.
Reply
2 comments in total