From September 18th until September 24th, Ginza Tsutaya will be hosting an exhibition titled "Z 01", which explores works from three Generation Z artists. Generally speaking, Generation Z refers to those born between the mid 1990s and late 2000s, and this event features art from Rikako Inoue (born in 1997, graduated from the Department of Oil Painting at the Musashino Art University), Kotao Tomozawa (born in 1999, majoring in oil painting at Tokyo University of the Arts), and Karin Hayashi (born in 1998, also enrolled in the Department of Oil Painting at the Tokyo University of the Arts).

Admission to the exhibition is free of charge. 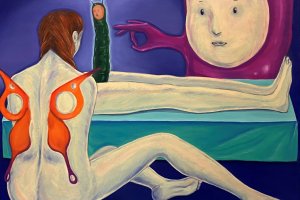