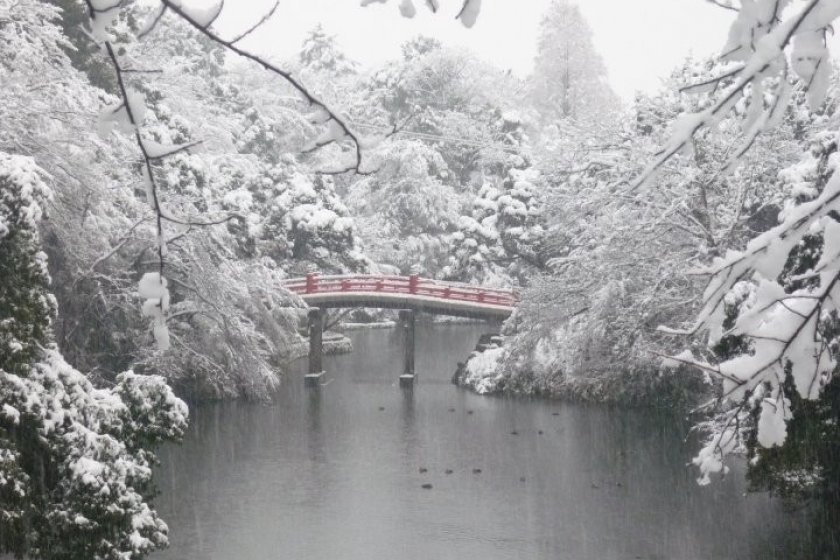 Kojo Park packs an awful lot of interest into a fairly small area. The name means ‘Old Castle Park’, which might conjure up images of ruined battlements or windswept turrets, but in Takaoka no part of the actual castle remains; instead the ‘old castle’ refers to the shape and layout of the park itself, which retains all the moats, ponds and revetments of old.

The reason for this is not as exciting as a battle or siege; in fact you might say the castle was lost to a legal wrangle. In 1618, the Tokugawa Shogun proclaimed the Ikkoku ichijo (One province, one castle) law. This meant that each province could have only one castle, and as Ecchu province (current day Toyama) already had a castle of its own, Takaoka governor Toshitsune Maeda had no choice but to tear down the castle that his elder brother Toshinaga had only completed nine years previously. The park site was used for storage of gunpowder and weapons until the nineteenth century when it was handed over to the people of Takaoka.

The park today fulfills many different functions. The former location of the castle keep is now a grassy expanse perfect for picnics, ball games and joggers, all of whom are watched by the stern statue of Toshinaga Maeda on horseback. On the south side of the park, Takaoka Zoo (free admission) is always popular with children; the penguin feeding at noon a particular highlight.

For slightly more cerebral sights, Takaoka’s small municipal history museum and art gallery sit in the south-west corner (free admission), and even if you don’t go into either of them, the beautiful sculpture of a woman by the ‘Japanese Rodin’ Ogiwara Rokuzan is well worth looking out for.

The park’s aspect changes dramatically according to the time of year. In spring, cherry blossom viewing parties are the order of the day, and unlike any green space in Tokyo you won’t have to reserve a space three weeks in advance. Autumn brings a riot of reds, yellows and oranges to the fore, and if you visit towards the end of September you can watch, and perhaps even take part in, the Manyo Matsuri, a festival in which all 30 volumes of the Manyoshu poetry anthology are read out non stop over three days. Winter sees children and adults alike pull on their stoutest boots to build snowmen, have snowball fights and toboggan down the slopes at the western exit. In summer, a jolly old chap brings out a rowing boat, and for 300 yen (around $3) you can take a boat tour around the moats of the old castle, making better acquaintance of the ducks and turtles that call it home.

After all that, you could go to the city sports centre in the south east corner of the park, where an hour’s badminton, table tennis or volleyball will set you back just 100 yen (around $1). Alternatively, if you’re not quite so energetic, outside the southern entrance to the park you will find the warming embrace of Café Mimpi, where the owner Hiro will ply you with coffee, the finest cake in town and excellent value set lunches. If you’ve done all that this remarkable little park has to offer, you’ll deserve it! 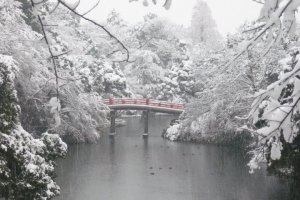 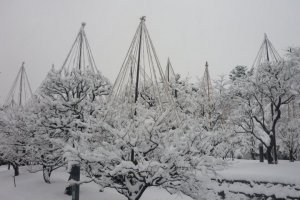 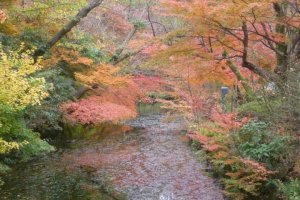