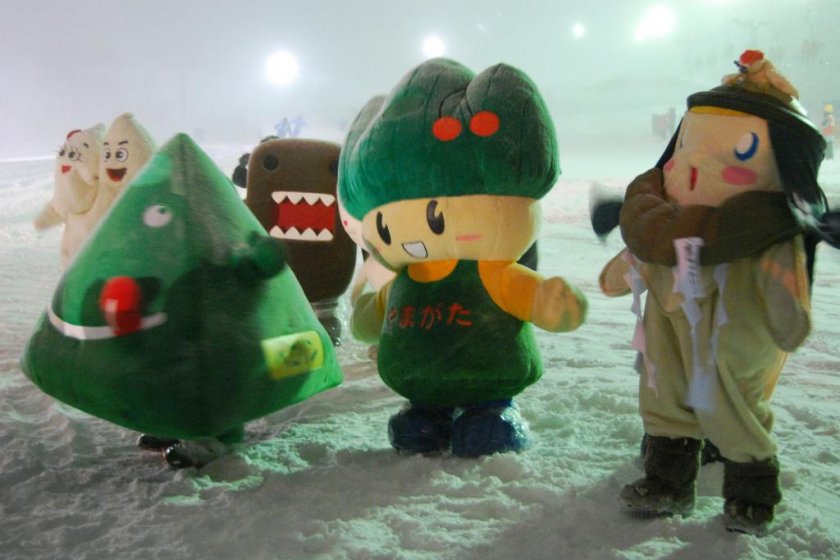 Early Feb
Who is who of mascots - mascot show at the Zao Snow Monster Festival
Venue: Zao Onsen Ski Resort When: Early Feb 2023

Zao Onsen's Snow Monsters are famous throughout Japan but there are other creatures of great popularity. I would never have thought that mascots in man-size would attract such a crowd on an icy cold winter night. The Japanese love their mascots and it seems that many foreigners do love them too.

The Zao Snow Monster Festival, which takes place on the first weekend of February each year at Zao Onsen, ends with a great show that features the Zao Onsen mascots, Yamagata Prefecture mascots, as well as other mascot VIPs.

They are joined for the night by Yamagata's "imoni" hot-pot characters, Satomi-chan and Imoni-man. A representative of Yamagata's agricultural association, in shape of a mountain and called Prorin, is also there, as is Zero-gomi-kun.

NHK BS characters, Nanami-chan and Domo-kun, have probably traveled furthest to join their mascot colleagues on the snowy stage. They have difficulties standing up by themselves and therefore are guided around by some helpful Zao Onsen volunteers.

Nazuki-kun from Nozawa Spa and Nozawa Ski Resort (Nagano Prefecture) and Ohyokkurin from Hakuba's Happo-one Ski Resort are there too, and a mysterious Beni-chan, who knows where she is from.

To see the mascots, you have to wait a while as the beginning of the festival features members from Zao Onsen's various ski schools riding down the slopes on their skis and snowboards in colorful customs and carrying torches.

They put on a fantastic fire show and a pro ski and snowboard jump show. The light and heat from the torches and the exciting jumps of the ski and snowboard pros warm up spectators standing watching in the cold.

At the end of the festival, there is a spectacular firework. It is not only in summer that you can enjoy fireworks in Japan! At Zao Onsen the colors and sparkles of the fireworks light up the ski slopes and make people happy.

The festival takes place at Uenodai Slope in the evening from 7.30 pm to 8.30 pm, provided that weather conditions allow it. Access is free.

There are some shuttle buses from hotels around the resort, for example, from Zao Shiko Hotel. You need to book a place on the bus though.

In typical festival fashion, there are some food stalls and some stalls that sell hot drinks and hot sake.

This show is not the only attraction of the Snow Monster Festival but the main presentation is actually staged by nature on top of the slopes where Zao's Snow Monsters (Juyho in Japanese), a natural phenomena without equal, attract droves of spectators each year. During the festival the Snow Monsters are illuminated for inspection and enjoyment in the evening.

The Juyho rival Nagano's Snow Monkeys in popularity and they are one of Japan's winter attractions not to be missed! 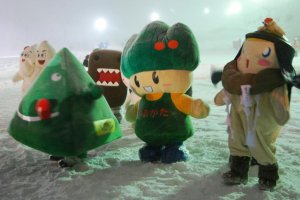 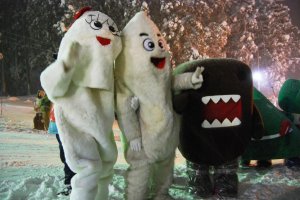 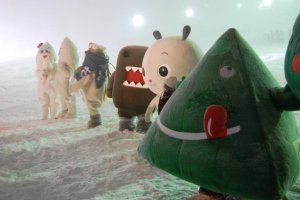 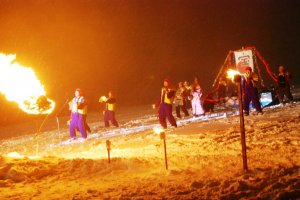 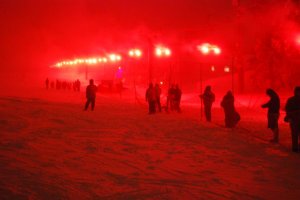 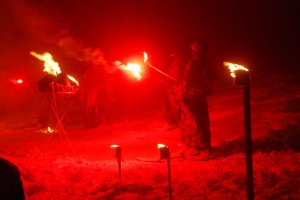 Kim 3 years ago
I have always wondered how awful it'd be to be inside a mascot costume in the middle of summer, but in the middle of winter it's probably quite advantageous! This looks like a really fun festival!
Reply Show all 0 replies