Bamboo: The Essence of Japanese Aesthetics

A thematic exhibition at the Tokugawa Art Museum

A special exhibition taking place at Nagoya's Tokugawa Art Museum looks into the aesthetics of bamboo in Japan. The fast-growing plant has long been revered for its beauty and versatility, as well as being a source of artistic inspiration.

The exhibition will showcase a range of different bamboo-themed pieces, including artworks depicting bamboo alongside items made from it, such as bamboo tea scoops used for traditional tea ceremonies.

The Tokugawa Art Museum is located 10 minutes on foot from Ozone Station, served by the JR Chūo Main Line. Alternatively, from Nagoya Station, take the city bus bound for Idakashako from bus stop #10. Get off at the “Tokugawaen Shindeki” stop (approx. 20 minutes) and the museum is three minutes on foot from there.

For those who plan to drive, there is a free parking lot at the museum but it only accommodates 17 vehicles. If the lot is full, the nearby Tokugawaen Municipal Parking Lot is charged at 120 yen per 30 minute increment. 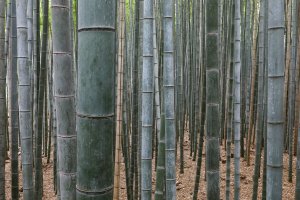 Bamboo: The Essence of Japanese Aesthetics

Elena Lisina 3 weeks ago
I like bamboo! And also the story of Kaguya-hime. :)
Reply Show all 1 replies

Kim Author 3 weeks ago
I really like that it grows quickly, so it's quite a sustainable plant. I've seen it used in recent years for things like bamboo cutlery.
Reply
2 comments in total