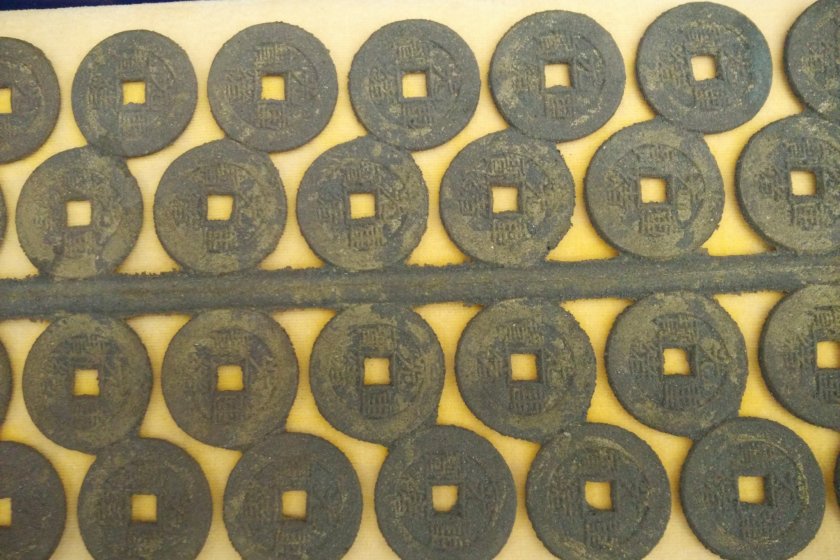 All about currency from past to present

The Bank of Mitsubishi UFJ Money Museum is opposite to the bank's Higashi Branch in the northeastern part of Nagoya, only a 15-minute walk from Nagoya Castle. It is not a huge museum, but big enough to let you spend at least 45 minutes exploring the exhibit. If you are interested in the history of currency, money-making processes and other related facts about old coins, it makes for a worthwhile addition to any itinerary.

There is a wide collection of coins from different eras of Japanese history, excavated or collected from different regions of Japan. Other than coins, also on display are old measuring devices of money. They explain how money is calculated, weighed and recorded. Other items used in business that involved the exchange of money are also included in the exhibit.

Next to the door of the big safe, there are videos, available in Japanese and English, explaining the history of Japanese currency and how Japanese coins are produced nowadays. Next to the video corner, you can try lifting the 10kg block of money that equals 100 million Japanese yen!

After that, the exhibition shifts from coins to notes. It’s fascinating to see how the development of the pictures on notes reflects the history and historical figures of Japan, acting as another vehicle for delivering the ideology and mainstream culture of the country at different periods.

In another part of the exhibition hall, visitors can find old currencies from other countries such as Sweden, France and China. Making a comparison between their money and that of Japan, one can actually find a lot of similarities, such as the shape, material and engraving on the coins.

Finally there is a tiny corner on fun facts about money, such as how the bank manages worn out and non-reusable money. You can try the weight next to the exit to see how many million yens you can lift, or how many Japanese yen notes are needed to be stacked up to reach your height!

At the other end of the building, separated from the main museum hall, is a small room for temporary exhibitions. While I was there, an exhibition of woodblock printing on fish and fishing villages was being held. Although the theme was not related at all to what was displayed in the money museum, it was another good chance to admire a different type of Japanese art. 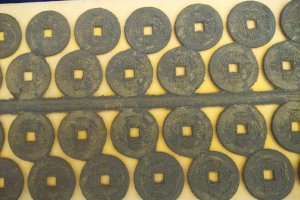 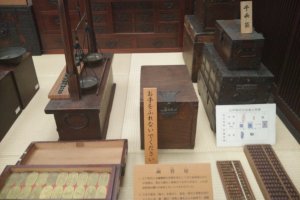 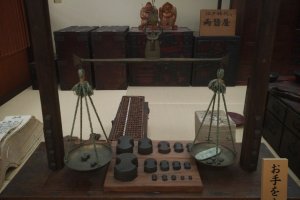