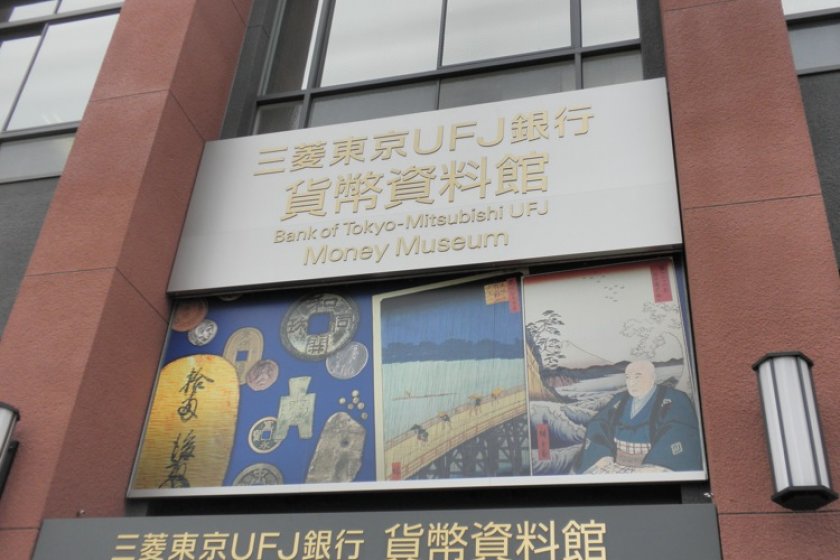 Reap Interest from the Money Museum

History of coins & banknotes from all over the world

One of the great things about The Bank of Tokyo-Mitsubishi UFJ Money Museum is that you don’t need any money to enjoy it! Entry is free to the museum that celebrates it’s 50th anniversary in 2011. The museum opened in 1961 as the Tokai Bank Money Museum. In 2006 due to bank mergers, the name changed to the Bank of Tokyo-Mitsubishi UFJ Money Museum, and in 2009 relocated to it’s present site near the Akatsuka-Shirakabe bus stop on Dekimachi-Dori.

Featuring over 10,000 items on display, the museum documents the history of coins and banknotes from all over the world. The museum’s collection includes some rather fascinating coins, such as one of the very few remaining examples of the world’s largest gold coin, a large, flat oval of beaten gold issued in Japan by the Taiko, Toyotomi Hideyoshi in (XX) featuring the hollyhock crest struck on the face, while on it’s reverse, written by hand in Japanese ink directly onto the coin, an endorsement from Hideyoshi to the Daimyo.

The collection of historical coins includes Chinese bronze coins in the shape of a sword or razor dating back some 3,000 years. Examples of the oldest western world metal coins from the seventh Century BC, and Mediterranean coins from the 3rd Century showing a great leap forward in minting quality with detailed portraits of the successive emperors decorating the coin faces.

.Another coin worth viewing is the world’s highest face value coin ever issued. Following it’s loss in the First World War, and with deflation rampant, Germany minted a 1,000,000,000,000 Mark coin.

A recreated Edo Period (1603-1868) “bank” adorns a corner.The forerunner to modern day banks, the official money changers’ station, displays actual antique items, such as the scales and special funa dansu, heavy iron bound safe-like cabinets used by these businessmen. In the Edo period the Money Changer operated a trade transaction and exchange service between the samurai and the populace for gold, silver copper and clan notes. Loans were also arranged and deposits accounted.

Traditional Japanese 1,000 Ryo boxes often appear in samurai period TV dramas and are well known for being bound in iron strips. The museums’ larger 10,000 Ryo boxes were originally kept at Nijo Castle’s vaults in Kyoto and transported to Edo (modern day Tokyo) at the end of the feudal period. Each box alone weighs in at about 150 Kilograms.

Although this museum is probably more of interest to numismatists, the opportunity to see so many rare coins, particularly Japanese coinage makes it worth the while. Without doubt, you’ll get value for money from a visit to the Bank of Tokyo-Mitsubishi UFJ Money Museum. You can bank on it! 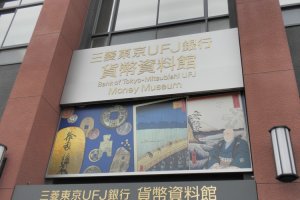 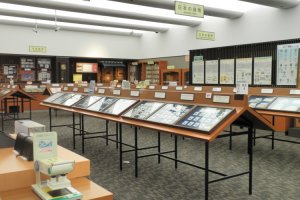 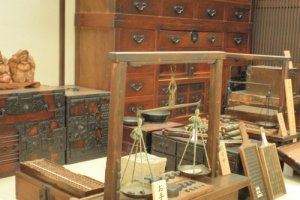