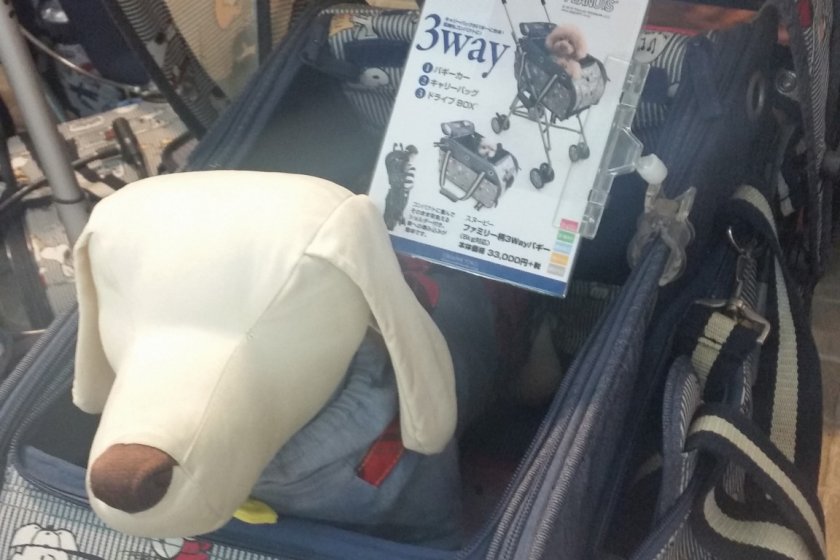 The world's most extreme dog pampering

Where are the naked dogs of Japan? Maybe fretting in front of their wardrobes sighing, “I haven’t got a thing to wear!” T-shirts, jumpers and jackets are in vogue; bare fur is for bumpkins. Gripped by a booming pet industry, Japan is where dog indulgence can be shameless anthropomorphized fun.

“People in other countries love their dogs too, but what’s unusual here is the amount of money owners spend on goods for their dogs,” said Yuki Wada, a manager at a top Japanese dog apparel company (source: Monocle). Posh pampering filters through society. Rich, doting women are one extreme, but dogs do walk in Japan and men aren’t shy about chucking them in clothes either.

Dog ownership, like cocaine use, can be seen as an economic indicator and pet dog numbers have surged recently in India and Brazil (The Atlantic). The world’s biggest economies (the US, China and Japan) boast lucrative dog product markets. The US sector rivals Japan, China’s is rapidly growing, but Japan, renowned for supreme quality and service, has the edge.

Highway service stations sell bento box dog meals. The BowLingual is a Japanese-invented handheld dog translator with over 5000 voiceprints. Wan Wan Paradise (wan wan means woof woof or doggie) is a resort chain where people enjoy group hikes, games, swims and relaxation with their dogs. People can take their dogs to meet over 400 resident hounds at Tsukuba Wan Wan Land, a mega play park. Those who can’t keep pets can also pay to play with dogs here or at places like Tokyo’s Dog Heart.

Keeping dogs has different cultural nuances around the world. Men walk dainty poodles in France without a flinch to their masculinity. The outdoorsy Swiss love burly Bernese mountain dogs. Retail assistant Rumi Nishi from Japanese dog boutique Hachi in Melbourne, Australia says, “In Japan, many houses are small especially in crowded cities so toy poodles, chihuahuas, corgis and dachshunds are common. People see them as cute and adorable.”

Not all the dogs are teacup fluff balls and chipolata shaped however and there are six nationally protected Japanese dog breeds - the shiba, akita, kai, kishu, hokkaido and shikoku. Thousands of years ago the Japanese started using dogs to hunt boar, deer and bears. In the West, dogs were bred for many specialised roles and evolved into wildly diverse types. In Japan, the belief “letting nature take its course” meant these six ancient breeds retained a wolfish appearance. In the late 19th century foreign dogs entered Japan as it opened to the West. Movements to preserve the Japanese breeds sprouted from the 1920s.

The medium-sized shiba is extremely popular in Japan. A bit cat-like, they like to stay clean and groom themselves – a boon for the hygiene-obsessed Japanese. Many Japanese keep their dogs inside the home, wiping the paws before entry. They often carry disposable mats and bottled water to keep streets clean after toileting dogs.

The philosophy of letting nature take its course means many Japanese will not euthanize old dogs but will nurse them or visit them in dog retirement homes. Old dogs might be carried on walks but are painful conditions being prolonged sometimes? When pets die funerals with full Buddhist rites can be arranged. The flipside to all this devotion are the problems that plague other countries – puppy mills and thousands of abandoned dogs gassed every year.

In 2003 the number of pets surpassed children under 16 in Japan. Factors such as a challenged economy with more people continuing to live with their parents, long working hours and difficult conditions for working women with children have stunted birthrates. With its ageing population, Japan’s economic future is in trouble.

The dog industry thrives throughout Asia however. Visitors from China, Hong Kong, South Korea and Thailand take home Japan’s retail concepts. My Chinese friend has a box of outfits for her maltese x shih tzu including smart trench coats in red and blue. The dog goes nuts with joy when the box is pulled out but not because it loves snazzy design – dress ups means a trip out.

Dog are oblivious to commercial and cultural trends. With pure, simple hearts, they’ll chomp a bone with the same zeal as a named birthday cake. Humans are the curious ones, tied to their foibles and fetishes. At least in Japan, as disposable income splashed on dog diapers and Snoopy dog passports is gobbled like liver treats, the owners seem happily enslaved to their pets. 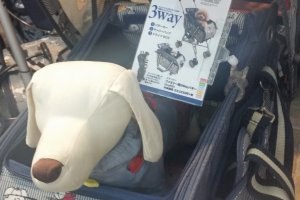 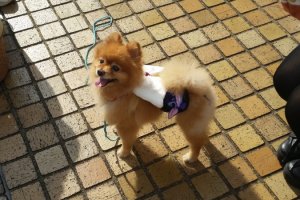 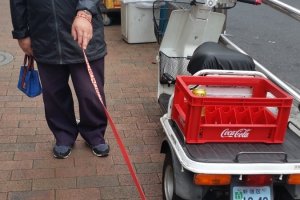 Audrey Foo Author 6 years ago
Thanks for reading!
Reply
2 comments in total