Kannon: the Goddess of Mercy

During my trips to Japan, I encountered several huge Kannon statues and was interested to learn more about them. Kannon is the goddess of mercy and she originates from China where her name is Guanyin. Kannon is believed to appear in 33 images and often is pictured as a many-armed deity. To those who worship Kannon, she gives happiness but that happiness comes at a high price.

Kannon is also believed to save all people and this fact explains the huge size of the statues. Japan suffers from earthquakes, tsunami, and typhoons quite often and the people of Japan need the gods’ protection.

The Kannon statues that I’ve met have similar images – she is pictured as a woman with half-closed eyes and a very calm facial expression, but in different poses. Ryozen Kannon at the Memorial for World War II victims in Kyoto is pictured seated with her hands under a veil. The statue is made of concrete in a warm, light sandy color. Ryozen Kannon stands 24 meters in height, and doesn’t look too large but brings a feeling of peace and solemn calmness to the place.

The most impressive Kannon statue that I’ve come across is the Sendai Daikannon that towers over the city and is easily seen from afar as it stands 100 meters tall. Sendai Daikannon is not just a statue - the interior has many sacred relics like you may find at a temple.

Almost all Kannon statues can be seen from afar. On several occasions I spotted Ofuna Kannon from the windows of a train. This 25-meter tall Kannon is pictured not seated or standing, but from the waist up and made of concrete. A bronze Kannon also stands on the top of a hill at Yudanaka Onsen. The concrete Kannon statues are not too old -- for some context, Ryozen Kannon was built in 1955, Ofuna Kannon in 1960, and Sendai Daikannon in 1991.

On Japan Travel you can find more information about Kannon statues, such as Tokyowan Kannon in Chiba, Byakui Daikannon of Takasaki and the Great Kannon of Shodo Island.

Places that feature Kannon statues are good spots to pray for the mercy of nature towards the people of Japan. 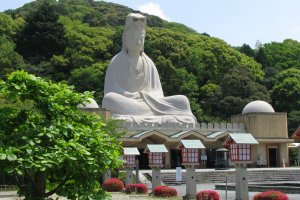 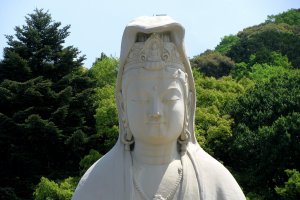 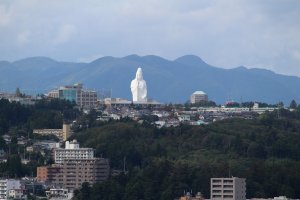 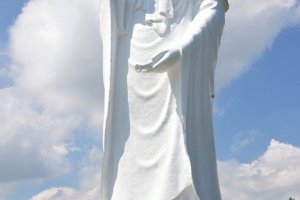 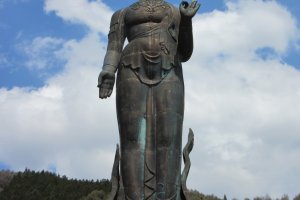 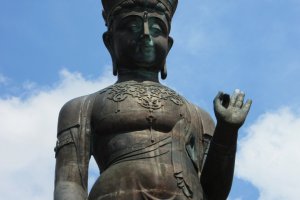 Sleiman Azizi 10 months ago
It's ironic that we often need statues like these to 'feel small' when the earth is literally right beneath our feet....
Reply Show all 2 replies

Elena Lisina Author 10 months ago
We can't see the size of our Earth as it's hard to imagine... Just yesterday watched the film about the first cosmonauts and admired how brave they were!
Reply

Sleiman Azizi 10 months ago
Yes, that's a good point. When something is beyond our frame of reference, we tend to ignore it.
Reply
3 comments in total