Crows are sacred birds in Japan

Early in the morning, on my very first visit to Japan, I heard a loud 'ha-ha-ha' sound. Not laughter, but strange and scary, I later learnt that it was a crow. This surprised me as in my country, the sound of a crow is more like a 'carrr-carrr'…

Be it in parks or gardens, cities or the countryside, I've never not seen a crow in Japan. They are everywhere. They are a rather smart bird too and can find water and food anywhere. In the folklore of my country, a crow has a negative role and usually accompanies a witch. My Japanese friend told me that in Japan a crow, or karasu, is considered to be a divine bird. I was very interested in that interpretation and so did some research to learn more about Japan's karasu.

One of the most ancient of Japanese images is the three-legged Yatagarasu crow. Its arrival meant a message from Amaterasu, Japan's Sun Goddess. Yatagarasu was the messenger from the Sun and its three legs represented the three stages of the sun - sunrise, zenith and sunset. Yatagarasu was especially worshipped in Japan's north.

There is an interesting event held at the Okunitama Jinja shrine in Tokyo where, on the 20th of July, people buy a special fan with an image of a crow called 'karasu uchiwa'. The karasu uchiwa is meant to be placed on a door and it is believed to drive away all misfortune and disease.

I once came across a strange image of a creature with the head of a crow and the body of a human. This was karasu-tengu and I later learnt that karasu-tengu is the guardian of Shinto shrines in the mountains and is regarded as a divine kami. Another example of the karasu in culture is the black Matsumoto Castle in Nagano nicknamed Karasu-jo or, literally Crow Castle.

I find such things fascinating to learn, making my visits to Japan always just that little bit more interesting. 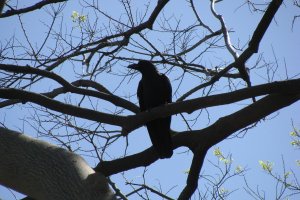 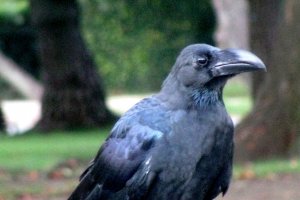 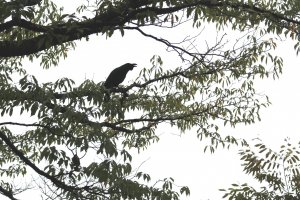 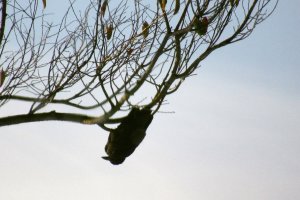 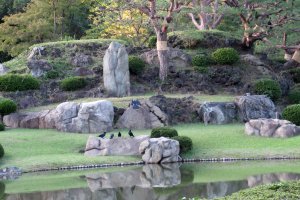 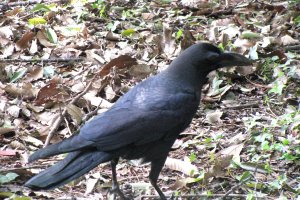 Sleiman Azizi a year ago
I remember one night being attacked by them and so I had to take the long way to my apartment. Too funny.
Reply Show all 2 replies

Elena Lisina Author a year ago
Oh, that must be scary! Why they attacked you?
Reply

Sleiman Azizi a year ago
Protecting their nests....
Reply

Kim B a year ago
They really are everywhere!
Reply Show all 1 replies

Elena Lisina Author a year ago
Yes! And very often behave as hosts! :) Different from my country.
Reply
5 comments in total