Items that I hold near and dear from my Japan travels

I'm not a huge souvenir collector, but I do have a few meaningful ones from my time in Japan. I tend to go for things that I'll actually display or have some meaning behind them - I hate accumulating things just for the sake of it. Close to the top of my favorite souvenirs are my kokeshi dolls.

These dolls originate from the Tohoku region of Japan, and they come in a range of styles. Some places like the Usaburo Kokeshi Factory in Gunma Prefecture have kokeshi that come in a range of modern styles, including cartoon and movie characters like Mickey Mouse, Yoda from Star Wars, and Mike and Sully from Monsters Inc. to name a few. At the Usaburo Kokeshi Factory, you can even take part in classes where you can paint your own kokeshi doll - it certainly gave me a new appreciation for how intricate some of the kokeshi painting can be.

The first kokeshi I ever owned were before I'd even visited Japan myself - my now-husband gave a pair of them to me as a gift from his own travels here. The first ones I actually bought for myself were right around the time we moved to Japan to live, and I purchased them at a shrine sale at Yasukuni Shrine. Shrine sales can be found at many places across Japan, and they're a good way to find some antique-style souvenirs and other interesting pieces.

For those who may not have time to scout out locations for shrine sales, there are also plenty of souvenir stores that sell them, such as Oriental Bazaar in Tokyo's ritzy Omotesando area. They often have kokeshi dolls that are inspired by the seasons, such as ones with cherry blossoms or autumn leaves adorning them.

They've definitely become one of my most-loved Japan souvenirs, and I really enjoy displaying them in my home. 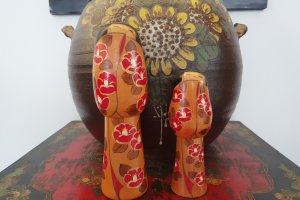 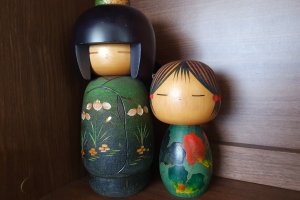 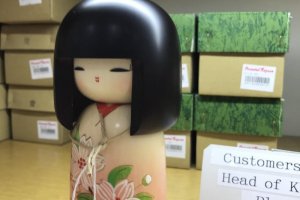 Elena Lisina 3 months ago
My favorites, too! I prefer traditional kokeshi, but artistic are nice as well. In Tohoku kokeshi is very popular, indeed!
Reply Show all 1 replies

Kim Author 3 months ago
My kids really like the character themed ones...definitely not traditional, but appealing to a younger generation, I think!
Reply
2 comments in total