Where the sun rises first

Did you ever have an interest in Einstein’s Theory of Relativity? Well if you want to witness a rare application of this, you might want to head to Cape Inubo (犬吠), the most Eastern location of the entire Kanto region.

Time has had its effect on many cities in Japan, but here at Inubo, it feels like it has just elapsed slower, if not stopped at all. With its white lighthouse proudly overlooking the Pacific Ocean since 140 years, this well preserved Japanese rural area is a delight to explore and has a lot to more to offer than what you’d think at first, not mentioning a cult scene for Japanese movie lovers.

Let’s face it: Cape Inubo, about a two-hour and a half drive East of Tokyo, is hard to reach. If you have a car it will take you a couple of hours; if you have a JR Pass or simply like traveling by train, it will be a three hour trip to reach Inubo station. From Tokyo station, you’ll change at Chiba, then at Choshi where you’ll get on a local train that will take you to Inubo station, for approximately 4,000￥. Last solution and probably the most convenient one: get on a direct bus from Tokyo station for about the same price! At least you won’t have to worry about changing trains or missing your stop!

But the trip itself is already quite memorable! From Tokyo’s skyscrapers filled urban landscapes, you’ll soon switch to rural areas, surrounded by rice paddies, hills, forests, small wooden houses and even wind turbines as you’ll get closer to the ocean. And once you reach Inubo station, welcomed by some European colonial mosaics (including a Portuguese map of the world!), you won’t regret the few hours spent on the train.

From the station, on your right you’ll see a majestic yet mysterious Buddhist temple at the foot of a giant cliff. Its few statues reminded me of tantric Buddhism, and the surprising colors definitely made me feel I was not in Japan but maybe somewhere else in Southeast Asia.

A bit further down the country road, after passing by a sushi restaurant, you’ll soon arrive at an intersection where you’ll find a spa, Taiyo no Sato: Bettei Umi to Mori. Located right by the ocean, it was ranked number one among Japan’s high end spas in 2014, so why not try it’s hot springs and relax in an outdoor bath while contemplating the ocean!

Continue down the road to reach the shore, where you can follow a narrow path along the ocean to reach some cliffs, overlooked by Inubo’s white lighthouse. Now there’s a lot of cliffs over here, but what you should be looking for is a set of three rocks just before the lighthouse: those are the ones that appear at the beginning of every movie made by the Toei company, one of the oldest and most legendary movie studio in Japan!

Of course, even for cinema aficionados, the stroll is not only about the rocks, as you’ll see a lot of locals fishing or picking up crabs, not mentioning a couple of deserted sand shores for those of you who’d like to enjoy a day at the beach. When you reach the lighthouse, the station is only a five minutes walk from there and before getting back, be sure to try the local nuresenbei (soft rice crackers), or even make your own for a few hundred yens!

Born in France, I was twenty years old when, passing by a local bookstore, a book about Japanese characters caught my attention. This was my first encounter with Japan, and one that would change my life in many ways. Earning a degree in Japanese Studies with a major in Japanese religions and folklore, I have studied for two years in Kyoto but it only took me a couple of weeks to fall in love with the city. I really feel privileged to have been able to meet so many wonderful people out there, that taught me a lot about Japanese culture and about myself. I love nature, visiting temples and shrines, reading and researching about their history, joining traditional festivals or riding my bike to discover hidden places throughout the city. I also enjoy taking pictures wherever I go and Japan is a never-ending source of inspiration for an amateur like me. With Osaka, Kobe, Nara and many other beautiful rural areas at a short train ride distance from Kyoto, Kansai is also a wonderful area for enjoying the richness of Japanese cuisine. Japan has many secrets for everyone to discover, and countless elusive moments of poetry that no guidebook can tell you about. I am delighted to be able to share the ones I had the chance to witness with you and everyone at Japantourist. I sincerely hope it will make you want to visit and discover this magnificent country. 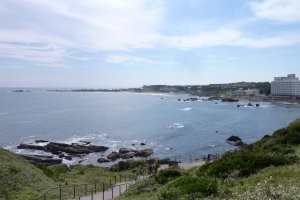 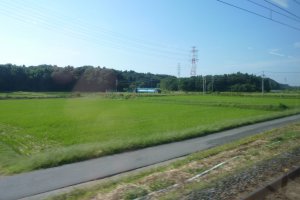 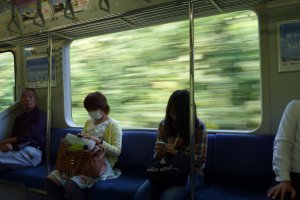 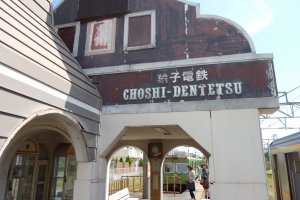 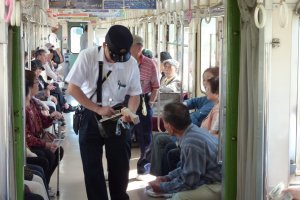 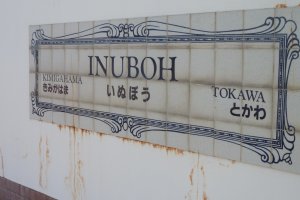 Victoria Vlisides 5 years ago
This is such a beautiful area... more people should visit!
Reply Show all 0 replies
1 comment in total