A modern festival with plenty of tradition

Kashiwa Matsuri is a huge festival in Kashiwa, Chiba prefecture. Reachable from Tokyo in under an hour, it attracts thousands of attendees every year on the last weekend of July. Taking place from 1pm to past 8pm, it is an energetic and chaotic environment that will be sure to leave a lasting memory on any who visit.

Unlike other Japanese festivals I’ve seen, which were based around shrines or temples and were entirely traditional, Kashiwa Matsuri feels relatively modern (though there are still plenty of traditional elements). The festival has been going less than 40 years, and has a fairly international feel at times. The first sights to greet me when I arrived at the festival were a colourful Brazilian dance display and a German beer stall. However, this was a drop in the ocean compared to the myriad of Japanese street food stalls that followed, serving favourites like takoyaki and yakitori.

Despite the amount of alcohol being consumed, the atmosphere feels safe and friendly (especially compared to some western festivals) as families with young children cheerfully mix with old couples and young drinkers. After grazing the food stalls my friends and I headed up to the walkway outside Kashiwa station (around which the festival is centred) to get a better view of the Kashiwa Nebuta parade; a procession of floats depicting fierce warriors, set to lively drums and flutes. These impressive and bright floats dance around the edges of the onlooking crowd, towed by a group of men in traditional dress.

As the evening wound down we were lucky enough to catch a glimpse of a portable shrine being carried away. The atmosphere became even livelier later on, as some local DJs appeared and turned the street into a dancefloor. Playing some interesting remixes of popular club hits, schoolkids and foreigners alike jumped around for hours as these three DJs played their sets.

I left the festival exhausted (not helped by a lengthy trek through the crowds into the station) but content, after a day of eating great food and watching amazing displays of music, dance, and traditional floats.

Kashiwa Matsuri is a delightfully successful blend of elements old and new, foreign and local. If you don’t mind the crowds, this really can’t be missed. 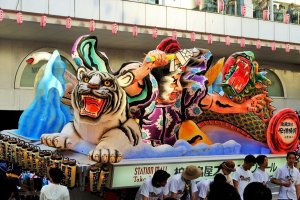 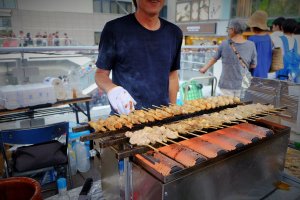 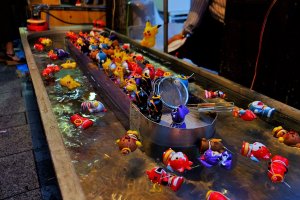 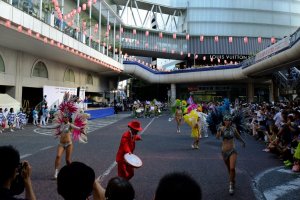 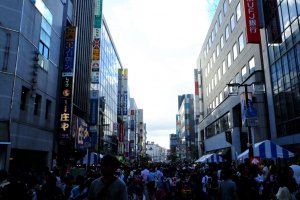 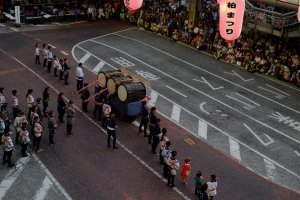 Elena Lisina 3 years ago
Fortunately, this year I'll be in Tokyo on those days and think I'd like to visit that festival. It sounds really great. Does it happen on rainy weather?
Reply Show all 0 replies
1 comment in total