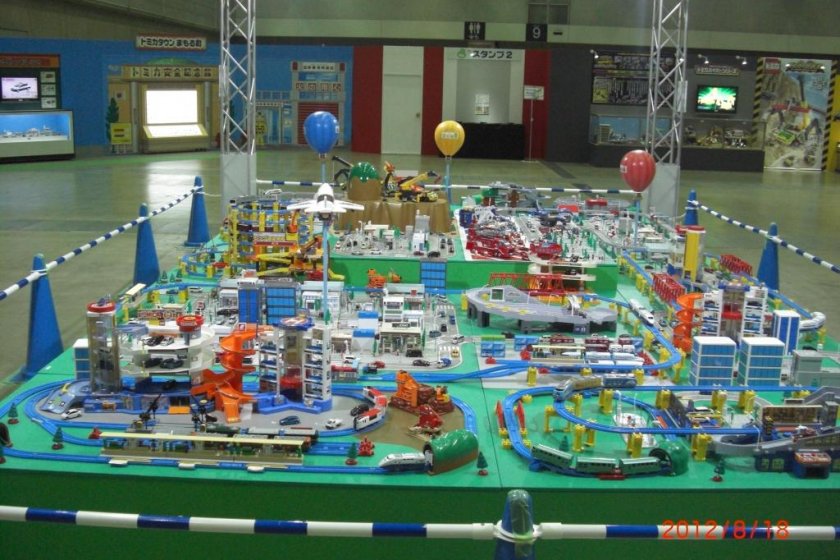 I recently took my son to the annual Tomica Expo for his 6TH birthday. It is held at the at the, Makuhari Messe International Convention Complex in Chiba. Well over 550,000 people attend this annual expo. My son is fascinated with miniature cars, train and the like so he was quite excited about going to the event.

This was a fun filled event for family's to view all of the Tomica products, play games for prizes, and live entertainment. We had a really exciting time and he got to bring home lots of new toys. We didn't get to try all the games but we did do the fishing for cars which was great because we got four cars in the one minute time frame provided. We also tried the roulette wheel where he also got to choose a prize. We wanted to try the "build you own Tomica" but the spaces were limited. The best part is everyone is a winner so for the little children they still received a prize even if they didn't win at any of the games.

Tomica is the line of die-cast vehicles and related products produced by Takara Tomy Co. of Japan. Originally Tomiyama Toy Seisakushoby Tomy Co. of Japan was founded in 1924 by Eiichiro Tomiyama and produced various toys throughout its existence. Tomica's name comes from the companies founders last name and かー(ka-) which is Japanese pronunciation for the English word car.

Although Tomica was the first Japanese company to make die-cast cars it did not create the first die-cast car toys. The original die-cast vehicle was created by Matchbox in 1953 followed by Hot Wheels in 1968. It was not until 1970 that Tomy Co. started to produce Tomica as a result of the worldwide interest in die-cast cars. In the beginning Tomica only produced Japanese cars with the release of 6 models. the Tomica line of die-cast cars and towns have experienced tremendous success since its introduction in 1970. Today they produce 140 models with new ones introduced on an regular basis.

Many automobile manufacturers have licensed Tomica to make scale models of their cars, allowing the use of original design blueprints. Today over 75% of Japanese boys under six years of age own Tomica products, and over 90% of Japanese children and parents recognize the brand. The Tomica official English website has a list of Tomica shops located in various cities around Japan and Tomica products are widely available in most stores that sell toys.

Originally from United States. Living in Sendagi, Bunkyo-ku for around 7 years. Work in the kitchen at a 5-star hotel. Married with two children age 1 and 6 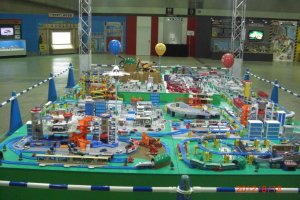 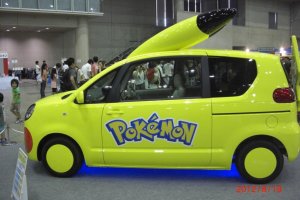 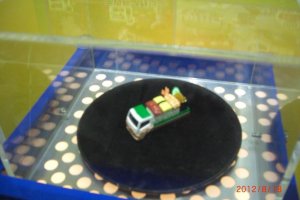 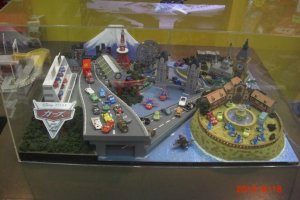 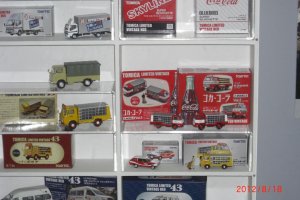 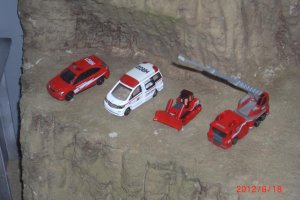 Angeline Takizawa 5 years ago
Hi , can I know during Golden Week in May, isn't crowded ? Do I need to pay extra money for children play area eg many train at floor let children play .... Isn't many play area for children ? Thanks !
Reply Show all 0 replies
1 comment in total