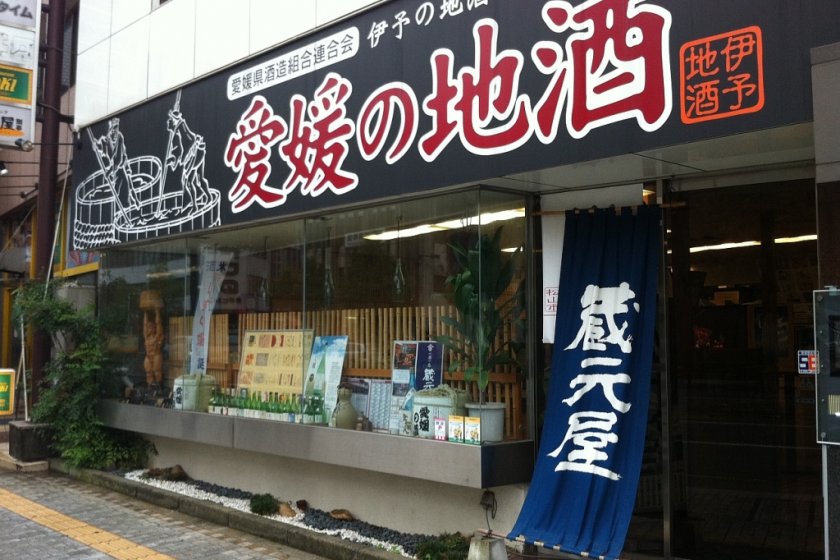 On a wet Friday afternoon, I stepped out of the rain and into the very simple comfort of Kuramotoya, the Ehime local sake bar in central Matsuyama. This bar is what the Japanese call ‘an antenna shop’, where the products are not simply there for the benefit of the customer. Rather, they represent an advertisement for the product category, and a means for the producer to assess customer sentiment. This is all very well in theory and no doubt very clever, but to the average customer whose sentiment tends towards trying a few glasses of different local sake, Kuramotoya just appears as a very well stocked sake bar, antennas be damned.

Inside, there isn’t a seat in sight, just four round tables, two of which are the lids of sake tanks resting on sake crates. It has a slightly spit and sawdust air, mercifully without any spit or sawdust. On each table is a menu of several hundred types of sake, with information on the brewer, sweet-dry balance, alcohol content and price. There’s also a sentence describing the drink. Prices range from 100 to 400 yen for a glass, pay on delivery. You can also serve yourself with pure brewer’s water, chilled, for slaking your thirst and clearing your palate.

Kuramotoya is run by the Ehime Sake Brewer’s Association, and it offers products from every brewer in the prefecture. Some of the offerings aren’t for general release and are only available here, by the glass. It’s certainly a novel way to drink sake. Panic and confusion are common reactions on first sight of the menu – So many choices! So much information! What the hell to drink? But after a while, caution is thrown to the wind, you swirl your finger around in the air and jab at the menu. An excellent choice! Or you can ask the server for suggestions for a rich, strong variety, or a dry, light variety, according to your taste. The server will waft his or her finger around in the air in your stead and tentatively indicate a few options on the menu for you to choose from. Having made your choice, you can stand at the table and savor it. Or you can lean against the window counter and gaze at the trams, buses and Botchan Train going past outside as you sip your tasty rice beverage.

As my visit was irresponsibly early on this particular Friday, I was the only person in there. But on any evening after work, the ‘antenna shop’ attracts salarymen like an aerial attracts starlings. There are not a few women to be seen here too. Naturally a glass of sake calls for a snack or two, and there’s a menu of about twenty items, including Ehime favorites like jakoten or fish-paste patties. There’s also a souvenir corner selling a range of interior decorations and utensils redolent of the sakagura or sake brewery.

Given the sherry-like propensity of sake for whetting the appetite, Kuramotoya is an excellent place to meet friends before going out for eats in Matsuyama. You can also purchase sake here by the bottle. If you find something you want to drink more of, ask the staff for a takeaway.

Sake is now an international drink, and Kuramotoya is pleased to welcome visitors from overseas. Several of the staff speak some English, and if you're in Matsuyama when one of their popular sake seminars for foreigners is being held, you can be sure of a thoroughly enjoyable and entertaining evening. 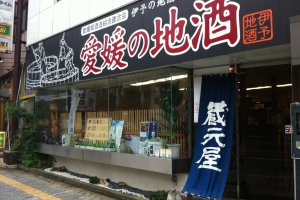 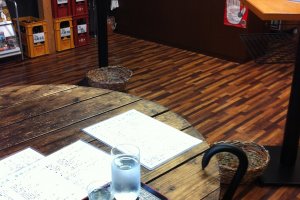 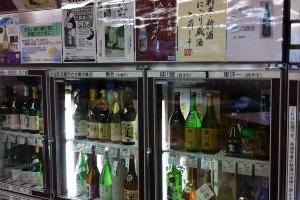