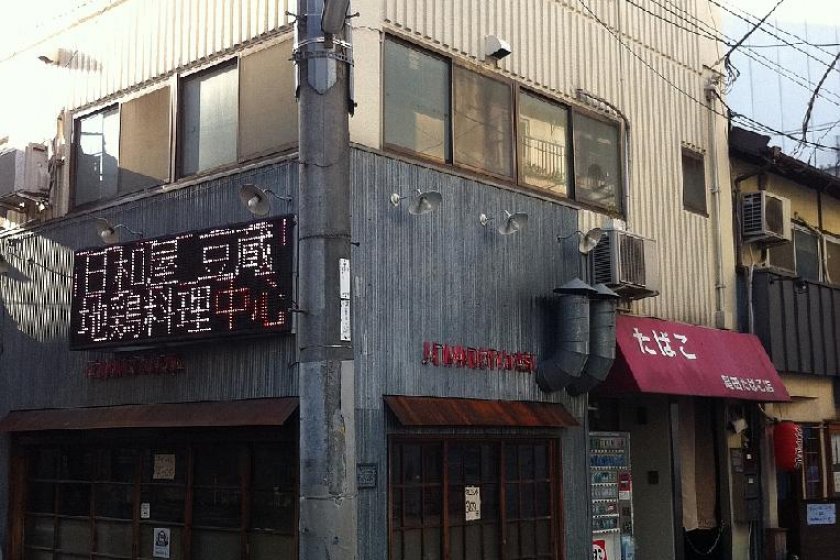 The stand-up bar where everybody goes

There's more to Flankey's than meets the eye

When I first came to Matsuyama, I was lured away from a comfortable, spacious bar, much against my own inclinations, to a famed local stand-up ‘dive’ bar. After traipsing through town and into the Gintengai arcade, our self appointed leader pointed to a tiny crack in the arcade between two buildings. We arranged ourselves sideways and filed down the gap, emerging into an alleyway on the corner of which stands the celebrated Flankey Kobayashi speakeasy. Indeed, making our way through the aforesaid crack in the wall was a trivial matter compared with slotting ourselves amongst the warm bodies loudly filling the tiny bar. But we packed ourselves in and after a short interval, I began to understand the appeal of this rather unusual watering hole.

Known variously as “Flunky”, “Frankies”, and “Flankey” depending on the person, everybody knows this bar, and it’s often the first and last port of call on any night with friends in town. Located on a busy corner of the entertainment district, Flankey Kobayashi has a very attractive retro atmosphere, with red neon signs and sliding glass doorways decorated in early 1900s style with the face of Flankey Kobayashi himself (whoever he may be). The glass allows those inside to espy passing friends, while passers-by can peer in to see if their mates are in Flankey’s (again!). There are only three seats in the whole place, the rest of the limited space being given over to standing room. Despite the very cramped quarters, remarkable numbers of people manage to squeeze themselves in. During the summer months, the crowds spill out onto the street, although the management ask patrons not to make too much noise.

Besides its appeal as a meeting place for people of all types and its visual attractions, Flankey offers a very wide and reasonable menu. Beer is 300 yen a glass, and there is an impressive range of sake, shochu and cocktails available. Flankey has its own grill and hotplate, and with these very limited cooking facilities, the highly transitory staff produce a surprisingly diverse menu of comestibles that go perfectly with beer. They also offer fare prepared in the much larger izakaya next door, saving you the trip there yourself.

For those who don’t want to get their clothes dirty, there are in fact approaches to Flankey from perfectly normal streets that don’t involve squeezing between buildings. But there is definitely a certain Harry Potteresque appeal to the less common approach. Flankey isn’t always crowded – if you get there about 5 o’clock, you can usually snag yourself one of the precious barstools. Flankey in Ichibancho is not to be confused with Flankey 2 in Minatocho. 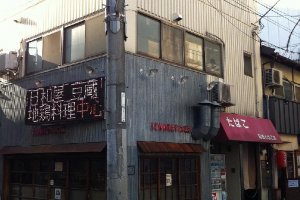 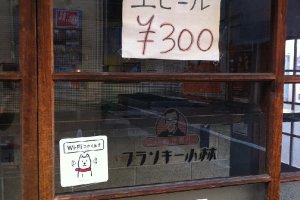