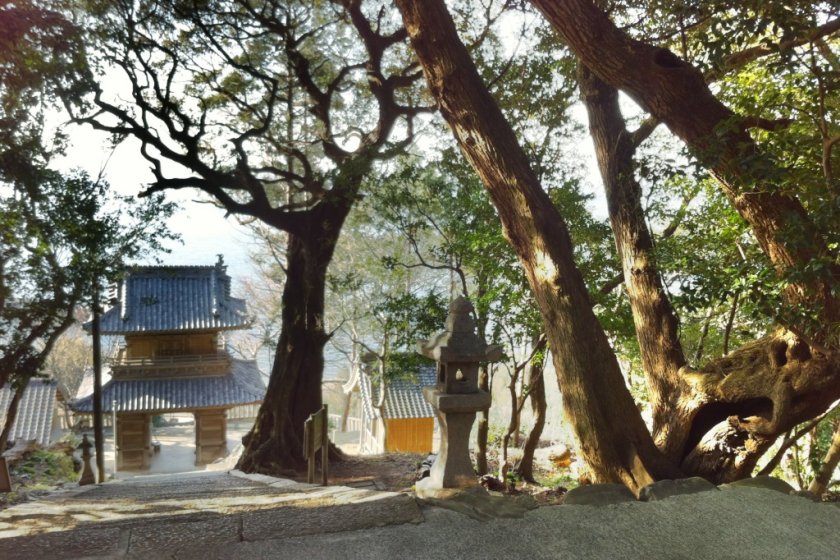 A very rural 'city' by the sea

In Japan, the names for municipalities bear scant resemblance to entities of the same name in the west. So in Japan, a ‘village’ can cover a vast area including hundreds of hamlets. Similarly, a ‘city’ can be a largely rural or urban area with no definite center. Iyo City is a good example. Gertrude Stein is somewhat misquoted as saying of Oakland, “There’s no there, there”. But I fancy this applies more to Iyo City than it does to Oakland. The city is an aggregation of the port of the Ozu fiefdom, the fishing village of Futami, and the mountainous hinterland of Nakayama, known for its watermelons in summer and chestnuts in fall.

The place known as Iyo City has its attractions. As you leave Matsuyama to the north and enter Iyo, you find yourself among long roads lined with low wooden houses and shops that were typical of the buildings for most of Japan’s modern history. They’re still home to shops and businesses today. If you travel the new bypass, you won’t see any of this, which is why it’s best to go by the old road or the railway.

The port at Iyo is little more than a small square of water with casual fishing boats moored along the sides. But the water is a clear turquoise blue and the view is expansive, across the bay to Matsuyama on one side, and to the mountains on the other. Next to the port is Goshikihama Seaside Park, with a sandy beach and a small forest of pines, sometimes wreathed in mist, or dappled in sunlight that brings out the scent of the sap. There’s an attractive shrine with an unusual row of mini-shrines next to it, which is home to friendly cats. On the pier of the park stands a picturesque lighthouse which was constructed in the 1870s.

Traveling west from the center of Iyo down the beautiful coast road, you come to Futami with its distinctively shaped mountain peak, clean sandy beach and an aptitude to put on very dramatic sunsets. Not surprisingly, this is a popular spot with romantics of all ages. Futami also attracts sunbathers, swimmers, and those who enjoy fresh seafood, barbecued at the pleasant beach-side Road Station. Close to the beach at Futami is the rather extraordinary Mishima Shrine with hundreds of steep steps, a gateway carved with exquisite wooden reliefs, and a canopy of ancient and majestic trees, with views out over the azure of the Seto Inland Sea. 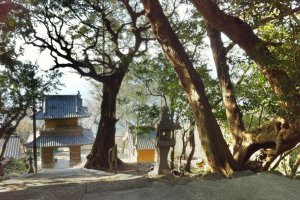 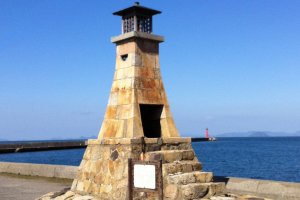 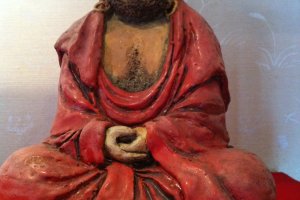