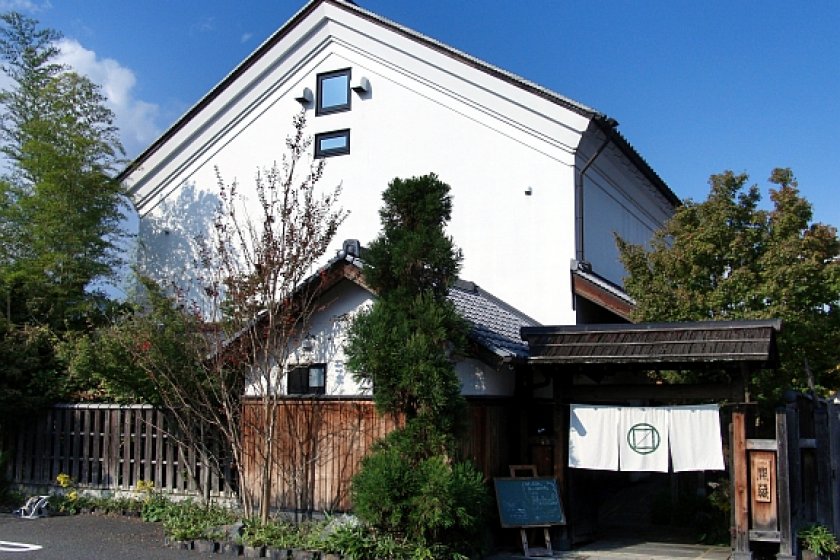 On a pleasant sunny day in autumn, I visited Ozu. My first stop in the morning was the castle. In the room at the top of the keep, I chatted with the gentleman who is there to explain things to visitors, and since it was nearly lunchtime, I asked him where I should eat. Without hesitation, he recommended a place called Shun, which means ‘in season’. He said that other restaurants around served general sorts of food, but at Shun, they would give me something local. It certainly sounded good, so I followed his directions.

Unfortunately, on the way to Shun, I stopped at this and that interesting spot in Ozu, and when I was nearly faint with hunger, I found Aburaya. This is a gleaming white building across the street from the old red brick bank, another must-see spot in Ozu. Aburaya is the large storehouse of a ryokan dating from the Edo period. With the addition of a gateway, portico, gardens, and a huge glass wall, the storehouse has been converted into an attractive restaurant.

Aburaya specializes in soup curry, made with yakuzen, 17 types of ‘medicinal’ herbs and spices. It may come as a surprise to some that garlic, cloves and turmeric are medicinal, but setting such questions aside, the soup curry is delicious. I had the local pork with tomato and eggplant, served with rice and twelve other kinds of grain. I was sorely tempted by the alternative of rice with butter. The soup curry arrived bubbling in a very hot bowl. I suppose it did have a ‘medicinal herb’ sort of flavor, but I might have been conditioned to think that. But it was also very fruity from the fresh tomato. There were generous chunks of eggplant and carrot fried in butter, which were rich and savory. The pork was rather fatty for my taste, but flavorful nonetheless.

I was pleased to be offered one of four sizes of rice servings. I chose the large. I was also glad to get my own jug of water so that I was spared constantly asking for more. So I had a very pleasant time spooning curry soup onto my healthy rice while gazing at the sunlit bamboo fluttering in the garden through the big window.

The meal cost 1,100 yen, and I was well satisfied. The menu of curries is extensive, and I’m keen to go back and try the other types available. Aburaya also serves cakes, coffee, and beer.

Later on, I passed Shun, and it looked very good too. Ozu publishes a useful tourist guide (in Japanese only) listing a wide range of restaurants and their prices. Both Aburaya and Shun appear in the guide. 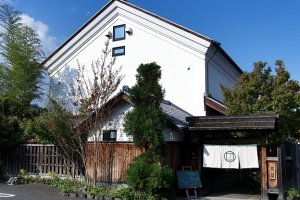 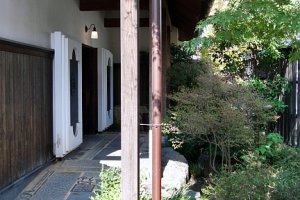 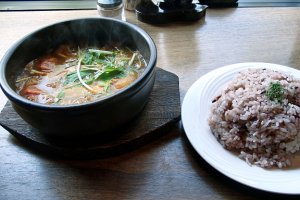