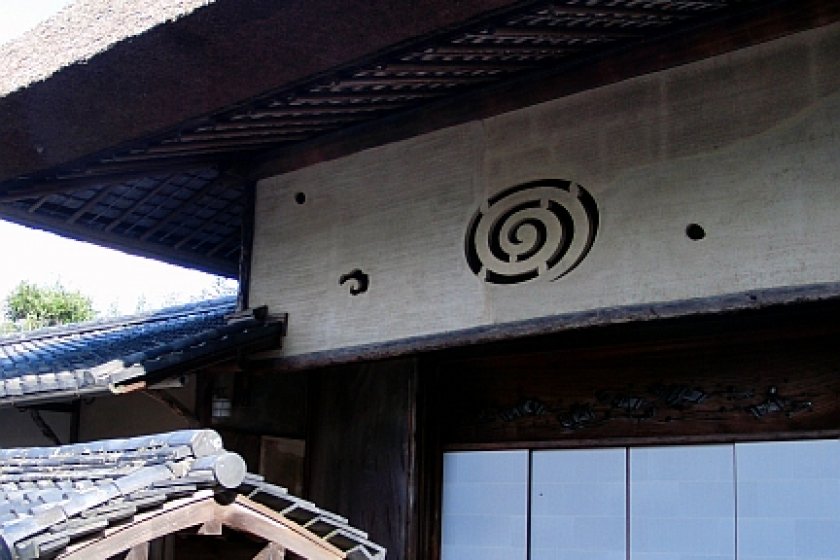 I visited the Garyu Sanso on a warm autumn day just as the leaves were turning. This ‘mountain hermitage’ was created by the wealthy trader, Torajiro Kochi in the Meiji Period when Ozu was a thriving center for paper and candles.

The Garyu Sanso is accessed by an alley between old and rather decrepit houses leading up a short rise from the picturesque street of traditional buildings known as Ohanahan Dori. Rising above a serpentine wall topped with tiles was a very neat and well preserved thatch roof. The structure looks big, but most of it is the bulk of the thatch itself as you discover when you go inside.

Kochi had some extravagant ideas about building, and planning alone took ten years. The design of the building incorporated a large number of more or less eccentric demands, for example, that the light of the full moon reflected off the river should appear on the curved basketwork ceiling of the little annex. There are many visual puns, with names to match. One can imagine the owner explaining them over a flask of sake, with a wealthy chuckle. After planning, construction itself took 4 years, and this is hardly surprising considering the intensive craftsmanship visible in every corner of the building. Garyu Sanso was finished in 1907.

The staff were very friendly. When one of the attendants discovered that I spoke Japanese, she became visibly excited, and began explaining the features and history of the building in a torrent of words. She pulled me here and there, the better to see this carved panel or that effect of light on paper. She bade me to sit down to appreciate the view from a low position, “as a Japanese would”. She was right, the view from the floor was exquisite, looking out through the frame of the doorway, through the trees to the Hiji River beyond. This is the ‘borrowed landscape’ effect often seen in Japanese gardens, where distant mountains and rivers appear to be part of the garden. When we were done, she apologized for taking charge of me so thoroughly, but she was very engaging, and she showed me lots I would have missed otherwise.

The gardens are lush and mossy, with paths of beautifully varied stones. There are numerous features including a well, a doorway to a cave, a teahouse and a stone tanuki. Although photography is not permitted in the main villa, the garden is a little paradise for shutterbugs. One noteworthy feature is the incorporation of live trees in walls and buildings.

On Sundays and national holidays from April to October, you can take part in a tea ceremony here for 400 yen. There is much more to be said about Garyu Sanso, but it would be best if you went to experience it yourself.

In 2011, Garyu Sanso was awarded one star in the Michelin Green Guide Japan. 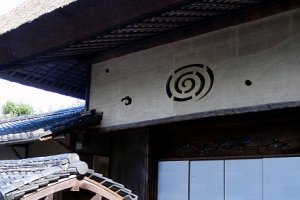 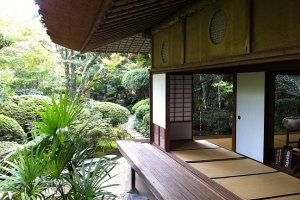 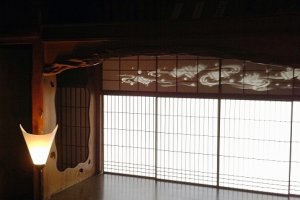 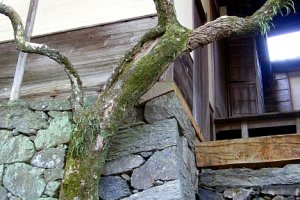 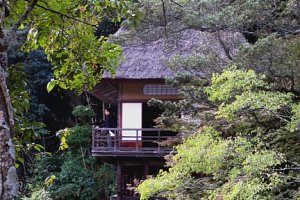 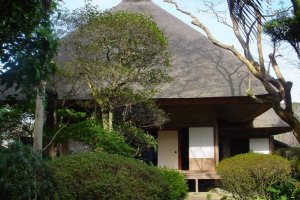