Kiyomizu Temple, also known as the Pure Water Temple, is one of the more famous temples in Japan and is on the list of UNESCO World Heritage Sites. The temple is located on top of a hill in the Higashiyama (eastern mountain) district of Kyoto.

One of the temple’s most notable features is the wooden stage in the main hall, which rises 13 meters above the hill. During the spring period, this vantage point offers an amazing view of the cherry blossoms in spring, as well as of the city beyond.

Kiyomizu’s wooden porch is a highlight for any visitor, not just for its stunning city views in any season but for its impressive construction.

The porch comprises 168 wooden pillars and over 400 cedar floorboards, all fitted together without the use of nails, relying instead on a unique interlocking joint system.

Another attraction of this temple is the Otowa Waterfall, where the waters are divided into three separate streams. Visitors can use the cups provided at the base of the waterfall to drink from them. Each of the streams is believed to have a different effect such as bringing success, love and longevity. You should only pick one of the three streams though, as it is considered greedy if you were to drink from all of them.

Further along in the grounds is a three-storied pagoda. Called Koyasu Pagoda, it is believed that a visit to this place will give you a safe and fairly easy childbirth. A dragon can be seen on the roof of the pagoda, and is said to protect the structure from fire.

The road leading to Kiyomizu Temple is filled with a selection of shops and restaurants. A host of souvenirs, from traditional to whimsical, can be found along the street. Don’t miss the local Kyoto specialty of nama-yatsuhashi, a triangle of mochi filled with various flavors. Restaurants serve everything from simple bowls of soba or udon to more elaborate set meals. Kiyomizu Temple is also a short walk from the photogenic Sannenzaka and Ninenzaka streets, two preserved alleys also lined with shops and eateries.

Three times a year, Kiyomizu temple holds a special night viewing, when a beam of blue light emanating from the temple lights up the surrounding area and the buildings on the grounds are illuminated. During this time, the temple is open until 9pm. The schedule is posted on the temple’s English website.

During the March night viewing, the surrounding Higashiyama area also hosts Hanatoro, a lantern display that also incorporates ikebana arrangements. The exact dates for Hanatoro can be found on their website. The Arashiyama district holds a corresponding Hanatoro event in the autumn. 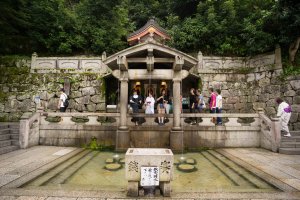 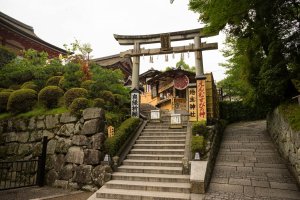 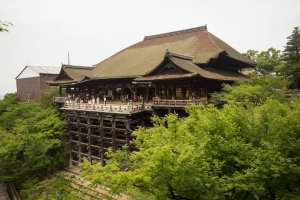 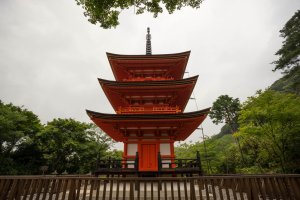 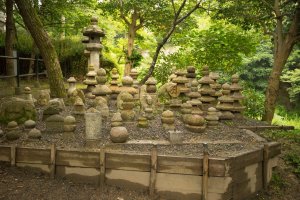 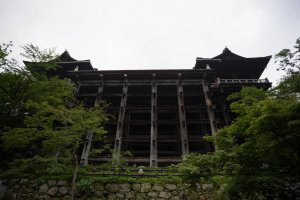 Novia Mardasari 2 years ago
Crowded in the autumn season but amazing view!!
Reply Show all 0 replies

Sleiman Azizi 4 years ago
When I first saw Kiyomizu I too was struck by the woodwork.
Reply Show all 0 replies
2 comments in total