One of spring's delightful blooms to enjoy in Ehime

Each year from around mid to late April, Ehime's Nanrakuen Garden hosts a festival to celebrate the color of around 32,000 azalea plants that bloom on the grounds. The event takes place when the Hirado azaleas are at their peak, and the official dates will be posted on the Nanrakuen Garden website closer to the season.

For those who can't make it to the park in time for azalea season, there are also plum blossom and cherry blossom events earlier in spring, and even an iris festival that takes place around the mid May to early June timeframe.

Admission to the park is priced at 310 yen for adults, and 150 yen for school-aged students and those who are 65 years of age and above.

The Nanrakuen Garden is located around 40 minutes by bus from JR Uwajima Station, which is served by the Yosan Line and the Yodo Line. 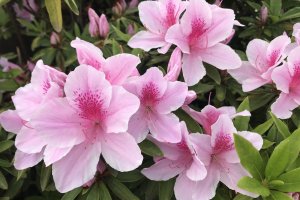