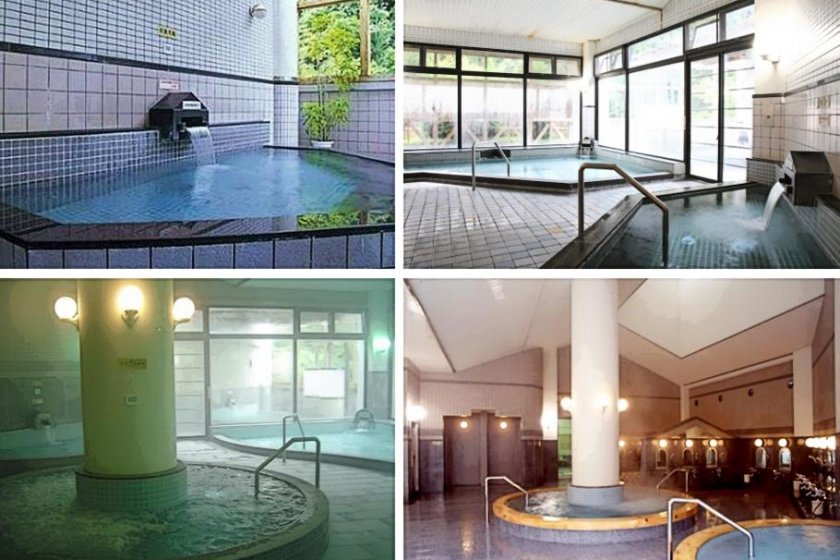 A great place to try the renowned waters of Nibukawa

I happened to have an appointment in Imabari on the very day that a huge and powerful typhoon was sweeping across Shikoku, dumping record amounts of rain on the island. Imabari lies on the other side of a small peninsula from Matsuyama where I live and to avoid a long drive, I usually take a short cut through the mountains. But the rain had caused mud slides and the wind had brought down trees, and all my usual routes were blocked. A very bedraggled prefectural employee who was directing traffic politely suggested I turn back and forget about going to Imabari.

So what to do when you’re in the mountains, you have nothing to do, and it’s pouring with rain? The best thing is to find an onsen.

Between Matsuyama and Imabari near the attractive Tamagawa Lake sits the compact onsen region of Nibukawa, known for the quality of its spring water. Peering between the windscreen wipers, I checked out the three or four onsen hotels that form the nub of the area, but they appeared not to cater to quick dippers like me. But almost hidden in a depression by the Nibu river, I found the oddly named Nibukawa Seserage Exchange House which also has a public onsen.

The lobby and changing room are nondescript, with slightly annoying jazz playing. But the baths themselves are quite different. Airy, bright and spacious, they feature a very high ceiling, large windows, and beautifully curving baths. The gray granite floors are offset by light blue tiles inside the baths. Your first contact with the water is a positive surprise – although it’s wet like water, it feels just like lotion, leaving a slippery sheen on your skin. This is the secret of Nibukawa’s reputation as water for beautiful skin.

The baths include a Jacuzzi, massaging bubble jets, a sauna room and plunge bath, and a rotenburo. The rotenburo overlooks a small garden next to the river which was roaring in full spate due to the typhoon. Over the wall of the garden, I watched large yellow snails climbing all over a damp spice tree. Being naked, I felt not unlike Adam in his garden. An unusual feature of the outdoor area is a long wooden deck for lying on, with half-logs for headrests. I was surprised to see a long row of bodies, stretched out or curled up facing the screened-off garden. Since I have a bed at home, I chose to pass on this. Instead, I availed myself of the falling water massage that drops a thick stream of hot water onto shoulders tired from driving in the rain.

Run by JA, the agricultural cooperative, the onsen has a comfortable, family feel, with fresh local vegetables on sale in the lobby. There’s also a cafeteria and coffee shop. Locals bring their own soap, shampoo and towels. But being without I bought a small towel for 200 yen and left feeling very clean – slippery clean and not at all squeaky. 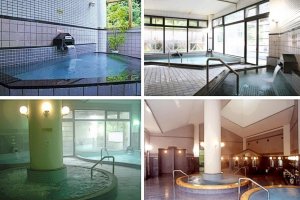 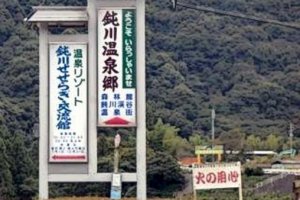 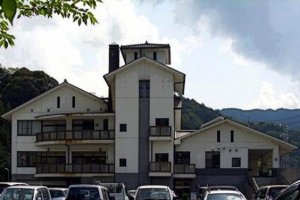