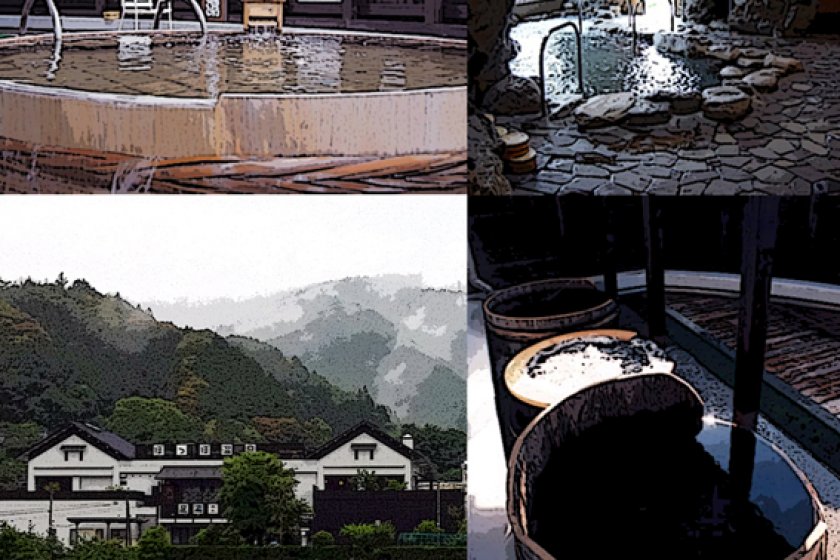 The little town of Matsumaru didn’t really have much going for it. Certainly, it’s a pretty little settlement scattered alongside a babbling tributary of the celebrated Shimanto River, and it does have an old castle site. Also an attractive sake brewery which brews attractive sake. But nobody would have had any particular reason to go there.

But when Poppo Onsen was built, and the Osakanakan river aquarium across the river, plenty of people began to find Matsumaru worth a visit.

Poppo Onsen is named after the sound that old trains make, and this is appropriate because the onsen building also doubles as Matsumaru Station on the train line to Uwajima. Not that you hear the sound of trains passing very often, because service on this single line track is infrequent.

The onsen is on the second floor. It’s small, but very atmospheric, with charming rock features and wood décor. The baths made out of barrels are very popular. Shampoo and body soap are provided, and towels are available for purchase. There are two sides, one for men and one for women, and they alternate throughout the week. While both sides have saunas, only one has the personal box type where your head sticks out the top. Poppo onsen is the only onsen I’ve encountered in Japan that has these, and they’re fantastic because you can enjoy a sauna without choking on the steam. You’d better cross your fingers that you get the side with the good saunas! Nevertheless, even if you’re out of luck with the saunas, you can still enjoy the outdoor baths.

Poppo Onsen is close to Nametoko Gorge, and nothing beats a bathe in the onsen after a long walk up the Gorge. The onsen even has its own miniature recreation of one of the waterfalls at Nametoko.

If you don’t have time for a full body soak, you can still enjoy a hot footbath overlooking the river and mountains. It’s free too.

Matsumaru is one of those places that used to have a lot of young people, many of whom have moved away to the cities. But if you visit Poppo Onsen over New Year or in the peak summer holiday season, you’ll find that all those young people are back visiting their old folks, they’re not young any more, and they have children. You’ll barely be able to squeeze yourself into the steaming water. 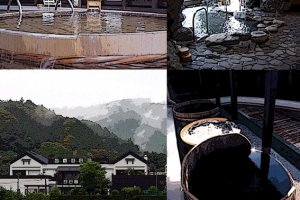