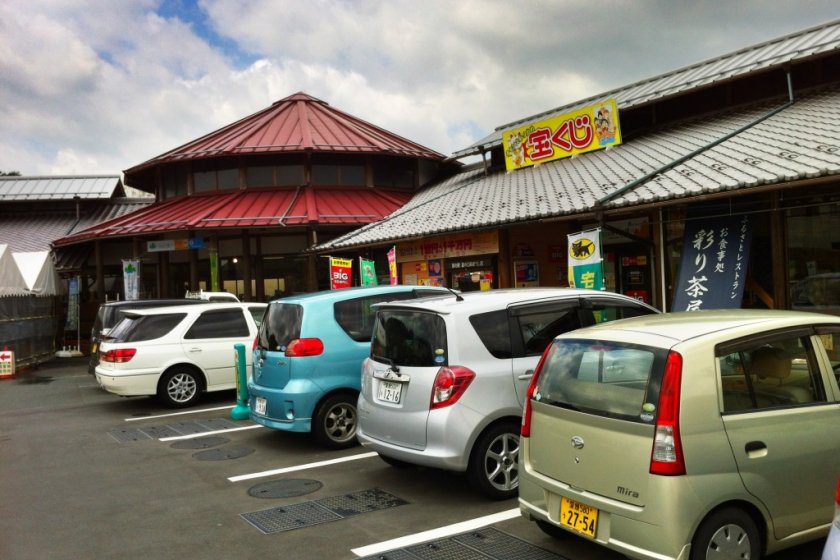 The red roof is the landmark

The southern part of Ehime near the border with Kochi Prefecture is a great place to drive. There are wooded mountains, broad meandering rivers, and picturesque farming hamlets clustered against the hillsides. But at some point, you’re going to want a meal or some provisions for a picnic, and somebody in your party is going to want to visit a toilet. It’s at these times that Michi no Eki, or Road Stations in English, come into their own and it’s good to know where they are.

The Sankaku Boushi Road Station is located in the district of Kihoku, a region of towering mountains and deep river valleys which are home to many wild animals including deer, boar, bees and pheasants. Kihoku has developed a number of products involving pheasant and to ensure a good supply, they’re now bred as a healthy alternative to chicken. The restaurant at the Road Station, Irodori Chaya, offers a pheasant curry for 900 yen with a choice of turmeric rice or nan bread. This is the only place I know where pheasant is curried. The restaurant also offers more conventional Japanese fare.

Road Stations are government-designated rest areas found along roads and highways in Japan. Besides providing places for travelers to rest, they’re also intended to promote local tourism and trade. Shops sell local produce, snacks, souvenirs, and other goods. The local produce typically attracts local people too, and Sankaku Boushi is no exception. People travel from far afield to buy the fruit and vegetables grown with minimal use of agricultural chemicals. When I went recently in spring, bamboo shoots were much in evidence, as were boxes of beautiful red strawberries. The joy of visiting Road Stations rather than supermarkets is that all the produce is seasonal.

The local products sold at Sankaku Boushi may be some of the best souvenirs of Japan that you could buy—useful and beautiful things that will last for decades. I particularly liked the canvas ware, designed to resemble the tough, denim-like material that volunteer firefighters wear in Japan, woven with kanji logos identifying their locality. The colors are indigo blue, deep red, and a blue-tinged white. This is worked into various rucksacks and shoulder bags which represent a rural version of Cool Japan. The wooden products, particularly the rustic plates, would grace any home, while recalling the wooded hills of Kihoku.

Sankaku Boushi is near the interesting village of Matsuno, which has its own Road Station. Free Wi-Fi is available at the Road Station. 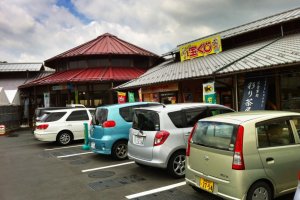 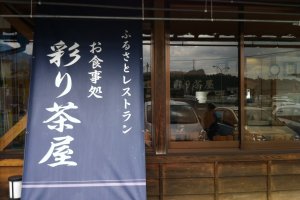 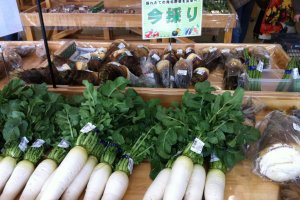