The temporary Your Name (Kimi no Na wa / 君の名は) pop-up store at Tokyo Station's First Avenue is extending its run until the end of July, which should keep anime fans happy for a little while longer.

It's the latest location in a series of Special Shops that have been popping up across the country since early 2017 in celebration of the hit film.

The shop sells a range of official merchandise related to the movie, as well as provides 4 limited edition gachapon machines outside the store to tempt fans' luck.

Your Name was the hit anime from summer 2016 by award-winning filmmaker, Makoto Shinkai. The film swept box-office records in Japan, including highest grossing anime (previously held by Studio Ghibli's Spirited Away). 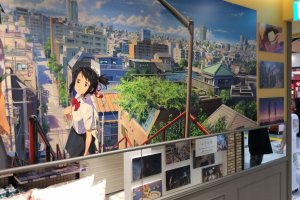 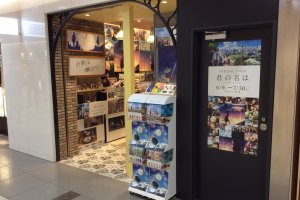 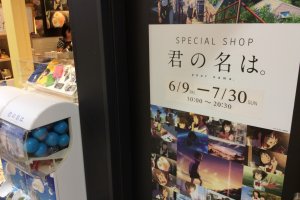 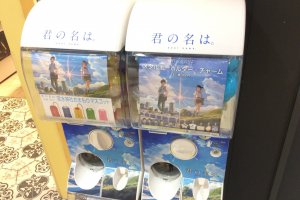 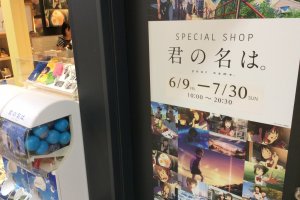 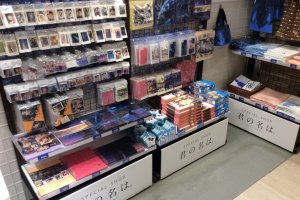 Questions about this Event?