In late August, there was an illumination event called, 'Echizen Asakura Mantoya' at Ichijodani Asakusa Ruins in Fukui City. This event has been held for ten years now, and in it thousands of candles are lit up to illuminate the ancient historical ruins in Ichijodani valley. The ruins are surrounded by serene mountains, and the illuminated mountain scenery looks so mysterious at night.

In 2004, when the first 'Mantoya' was scheduled to be held, a severe rainstorm hit Fukui city. Some areas of the city were flooded badly and they almost gave up holding the event. However, more than 10,000 volunteers came from all over Japan to help locals recover from the damage, and thanks to them the first 'Mantoya' was successfully held with 3,000 candle lights illuminating the ruins. Since then, the event has been held annually, and the candle cups have been recycled carefully.

Along with the 'Mantoya' light-up, a 'Sengoku Festival' was also held. 'Sengoku', as you may know, signifies the Warring States Period of Japan (1467–1573). The ruins, (i.e. the festival venue) were once the castle town of the Asakura Clan, which reigned in Fukui for 103 years (the town was burnt down by Oda Nobunaga in 1573 and the Asakura Clan ran away in defeat), and the festival was named after the period in which this place prospered.

In the 'Sengoku Festival', as you might imagine, various 'Sengoku Period'-related events were held, such as a 'Samurai Procession' in which people in full samurai armor march along the street, or performances of Japanese martial arts, to remind you of what life was like during the samurai era. The most impressive event was the Harquebuse Firing performance. Harquebuse is a firearm imported to Japan in the 16th century, and samurai at the time fought with this 'new' firearm in hand (Unfortunately I have no photos of the Sengoku Festival to show you what it was like.) 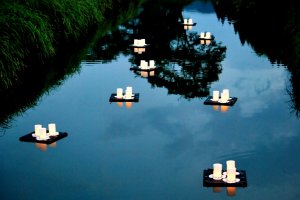 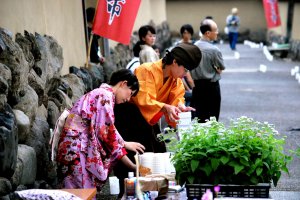 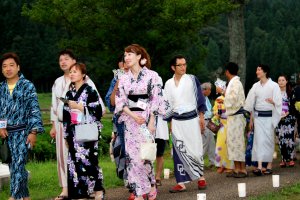 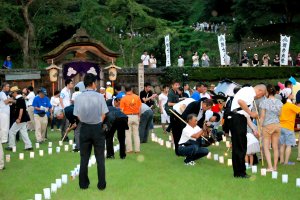 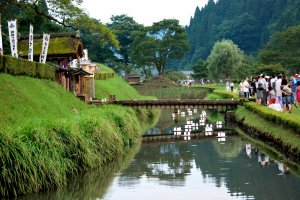 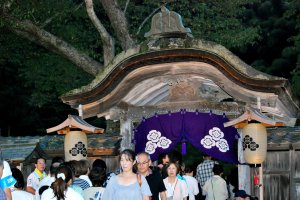 The event will be held with no live audience and streamed via YouTube. Please check their website for more details.

Kim a year ago
The lanterns on the river look so dreamy - just beautiful!
Reply Show all 0 replies

Takako Sakamoto Author 5 years ago
Yes, it does Elena, the place is good for couples!
Reply

Elena Lisina 5 years ago
:) I like to watch the life!
Reply

Takako Sakamoto Author 7 years ago
Thank you Megan for your comment. Yes, it's a serene place and usually not many people are there. I hope you can visit here someday!
Reply Show all 0 replies

Megan Evans 7 years ago
These pictures are great. It looks so serene and peaceful. I would love to be able to visit.
Reply Show all 0 replies

Takako Sakamoto Author 7 years ago
Thank you Daniel for your comment. As far as I know, the erhu is originated in China, but it's popular in Japan, too and I believe there are some concerts held here and there in Japan. I hope you can listen to it live soon!
Reply Show all 0 replies
8 comments in total