The day I found a “time machine” in Dazaifu 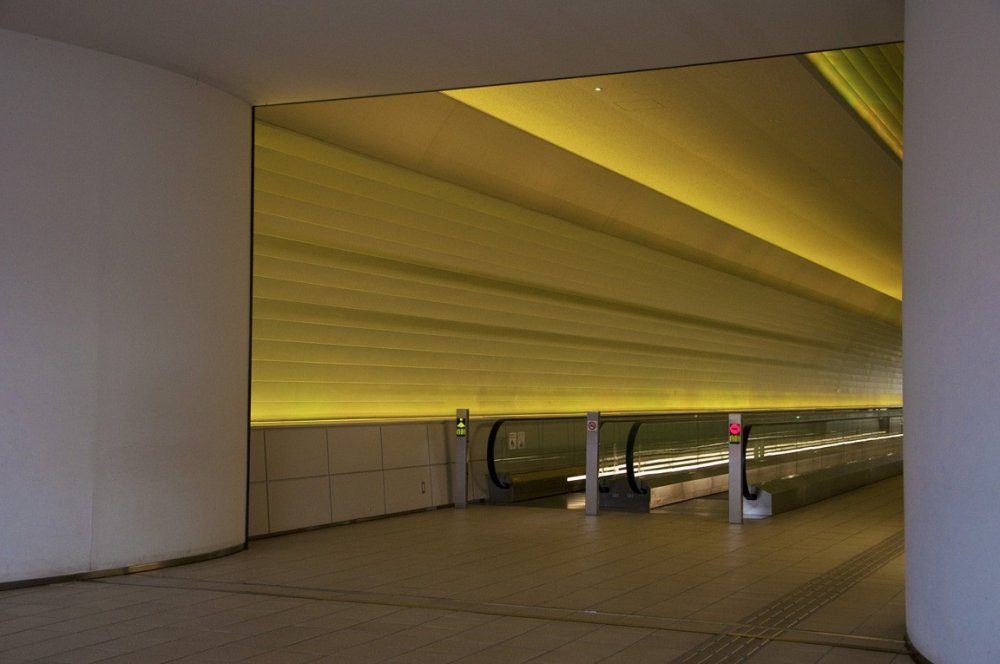 Main entrance of the "time machine" 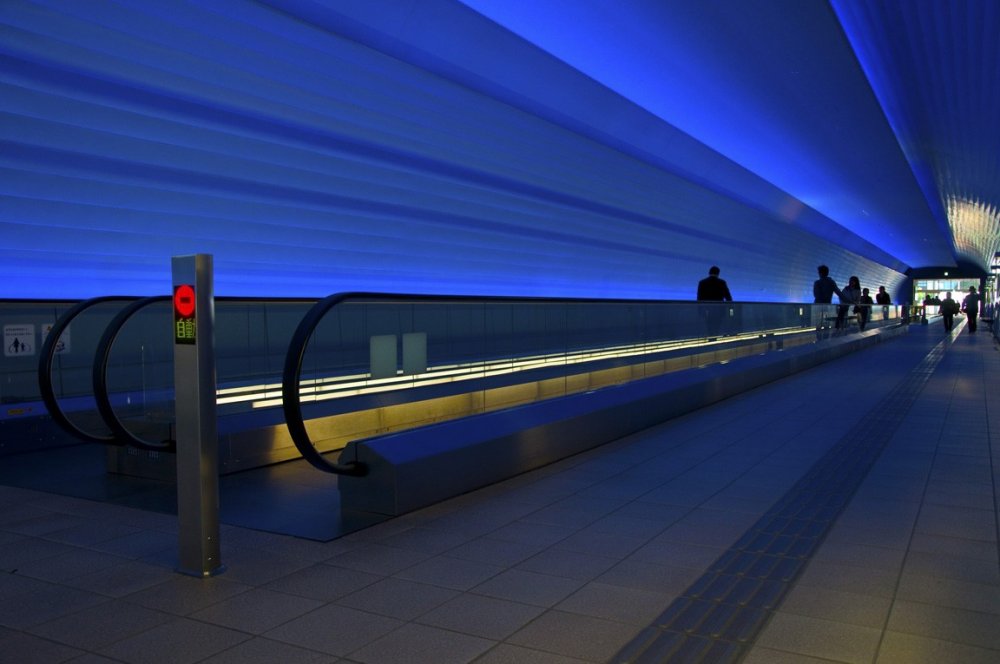 Once inside I had to walk through a tunnel. 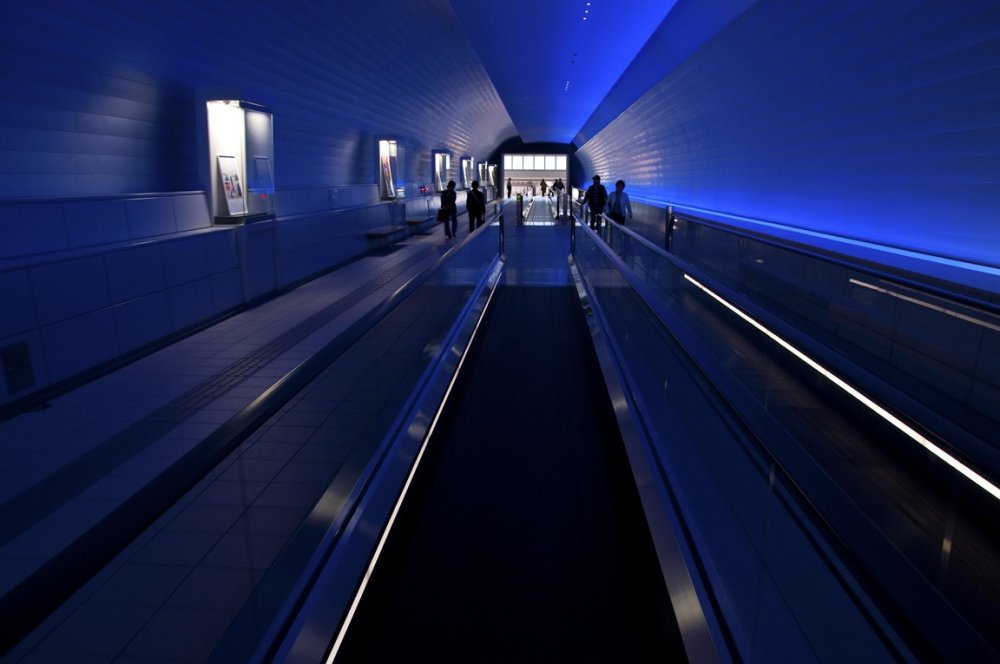 A few seconds later I saw another gate at the end of the tunnel. 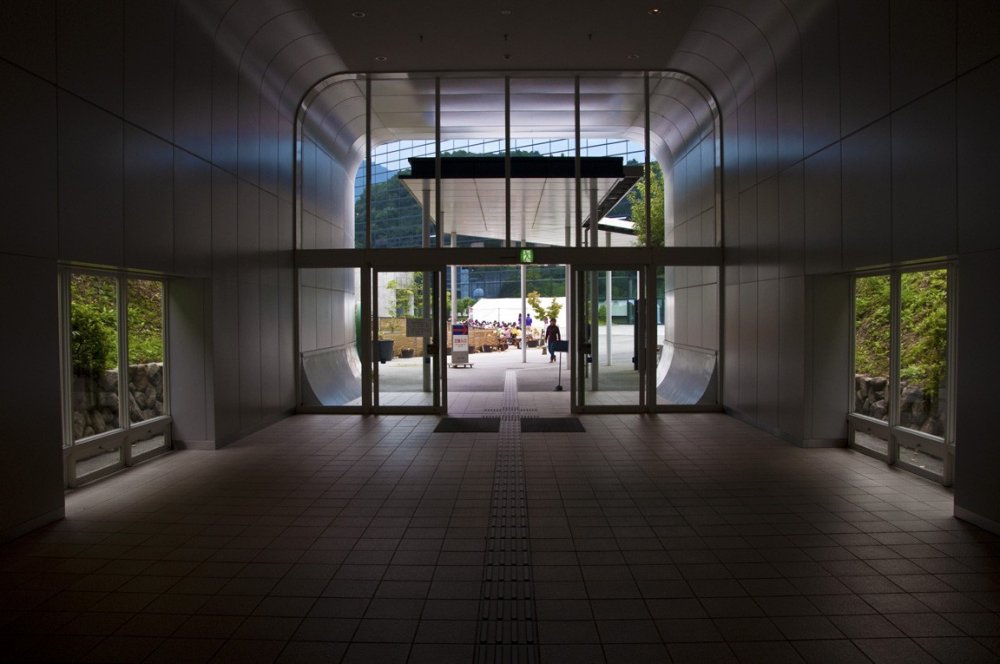 Gateway to the unknown 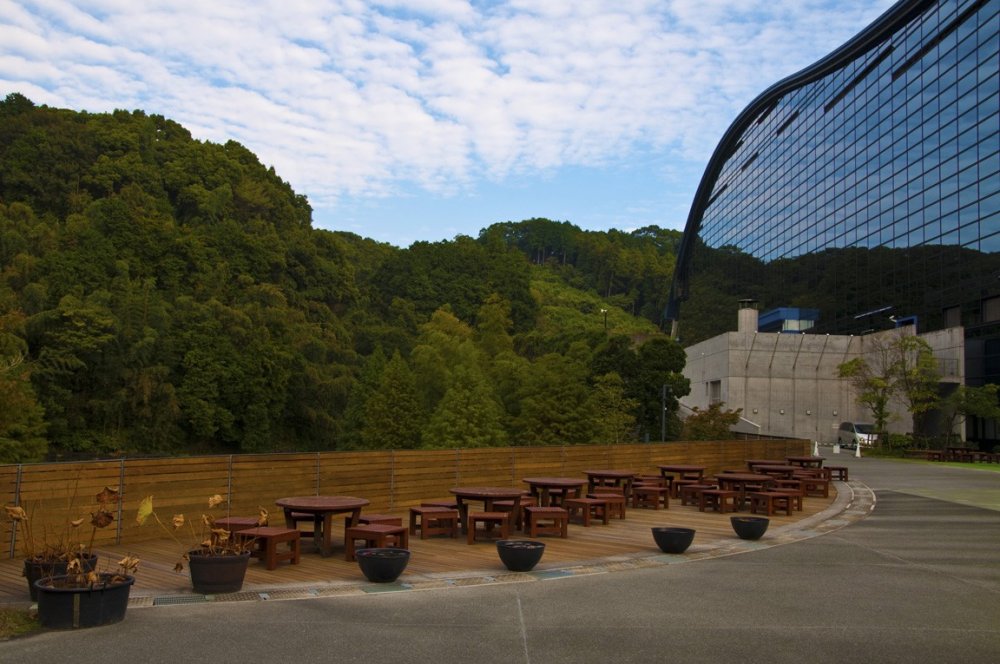 After crossing the gate a totally different view opened up in front of me. 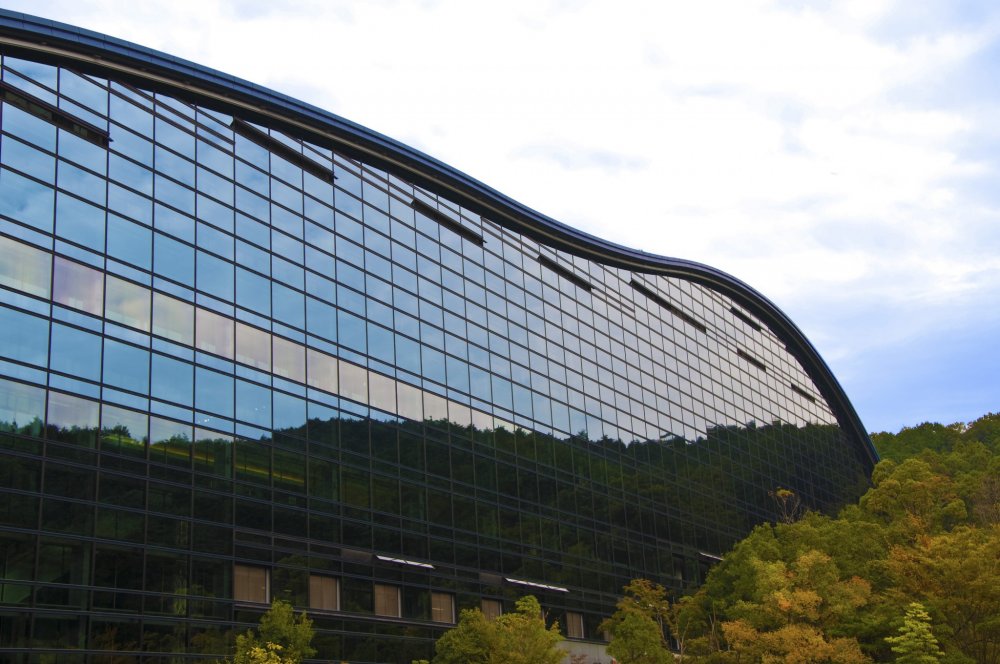 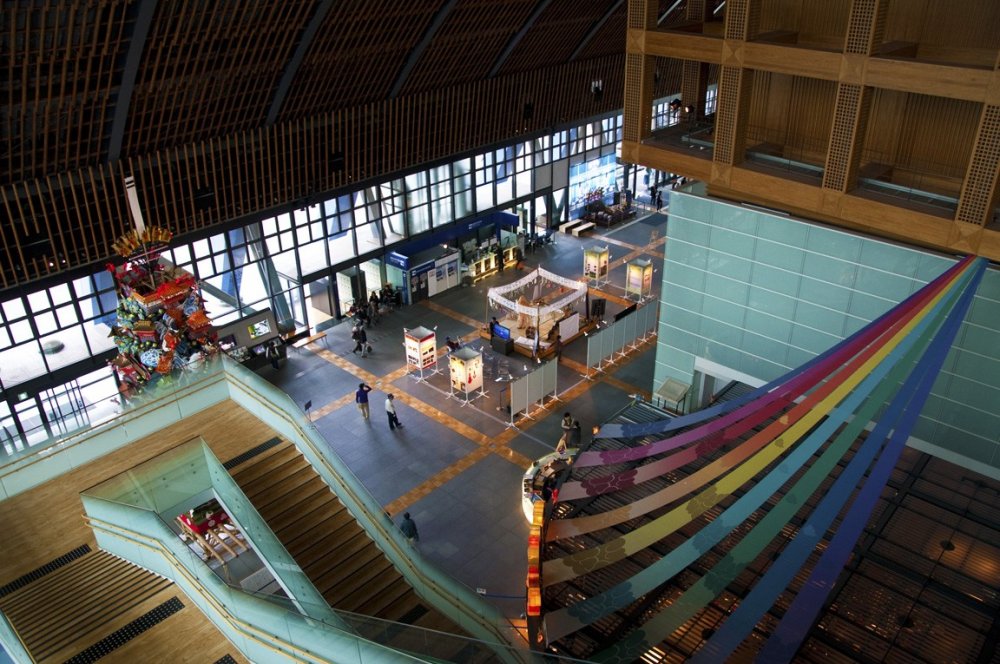 Entrance hall of the Kyushu National Museum from above 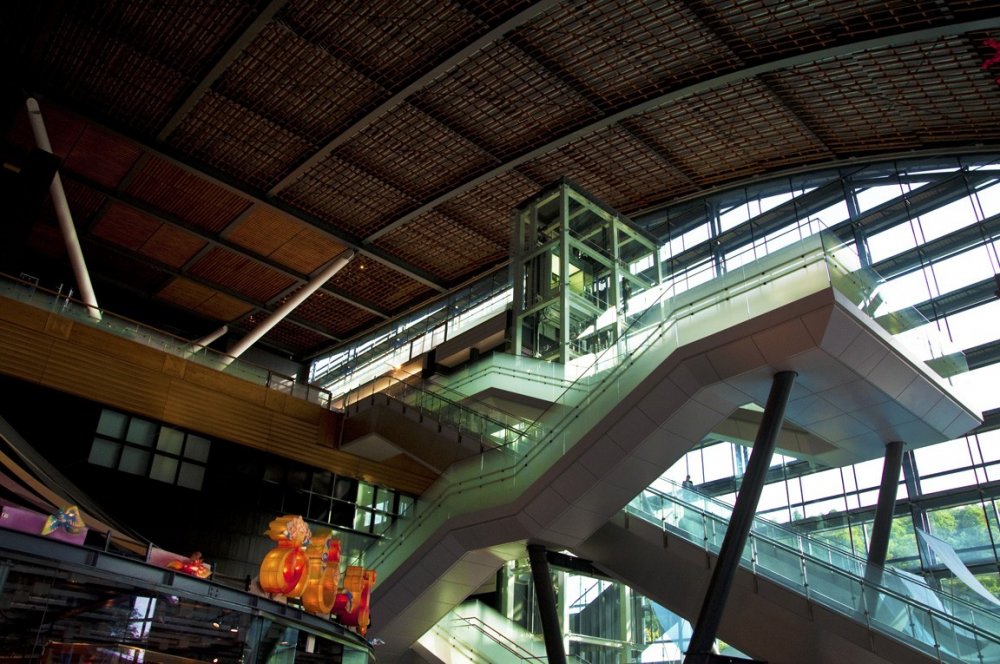 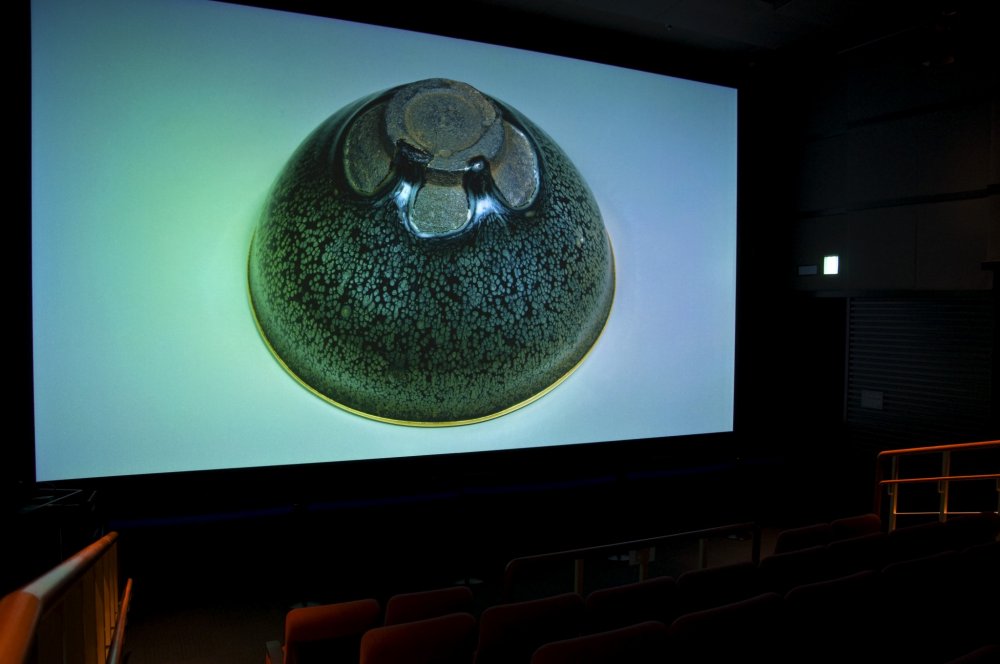 Theater 4000: This is the name of the screening room where high resolution digital images are displayed. 2 films are shown here: "Silk Road, Buddha in Dunhuang" and "Marine Shosoin, Okinoshima". 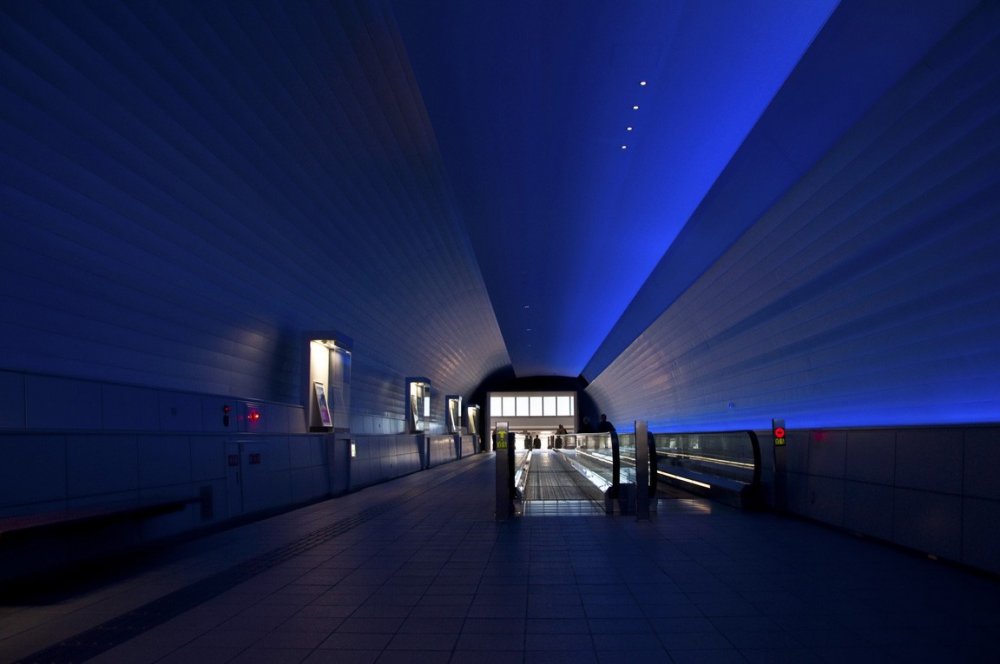 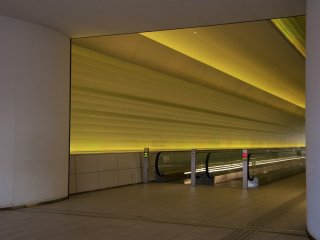 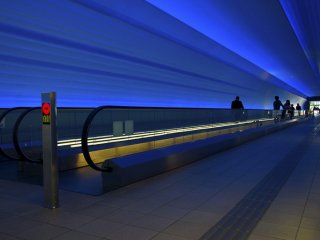 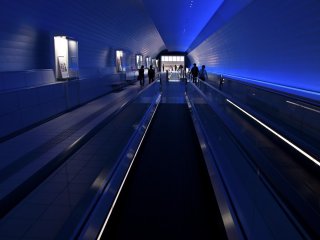 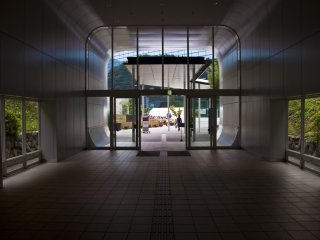 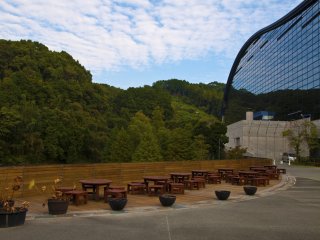 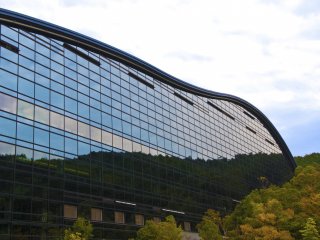 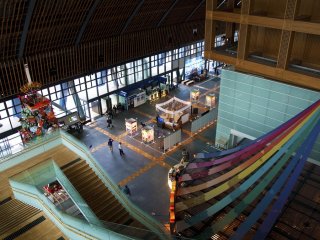 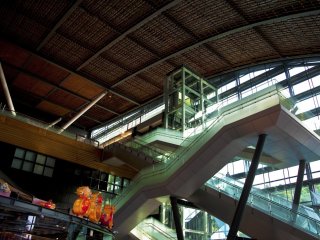 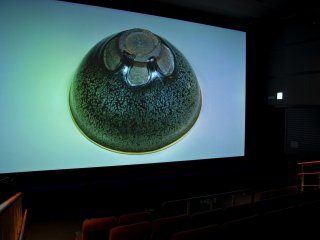 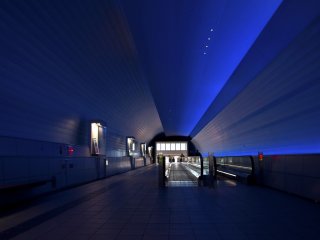 I was walking through Dazaifu when I found a “time machine” very close to the Dazaifu Tenmangu Shrine. I was curious and I decided to use it. Now I know it teleports you from this city of ancient culture to a new and modern landscape dominated by the presence of a magnificent glass building embedded into the forest—The Kyushu National Museum. This unique museum focusing on the history of exchange between Japan and other parts of Asia is the country’s fourth national museum. As a museum from which Japan’s cultural development may be interpreted from the perspective of Asia’s history, exhibitions at the museum cover the cultural history of Japan from the Old Stone Age to the late 19th century.