Possibly the most beautiful Starbucks café in Japan

The proliferation of the Starbucks franchise into the Japanese market has been nothing short of amazing. Having opened its first overseas outlet in Tokyo in 1996, Starbucks now operates an eye-popping 1,079 cafés in Japan. As of 2015, Starbucks now has at least one outlet in every single prefecture and in busier cities where a café can be found every few minutes, Starbucks-hopping for free wifi is an actual thing.

Among the numerous Starbucks cafés in the entire country, there probably isn’t one more famous than Starbucks Dazaifu in Dazaifu, Fukuoka. This amazing outlet was designed by none other than world-renowned architect Kengo Kuma and, if you would take it from this star-struck architecture student, lives up entirely to its billing.

Starbucks Dazaifu is set on a busy, touristy street leading up to the famous Dazaifu Tenmangu Shrine. The street is defined by traditional Japanese 1-2 story shop-houses, most of them souvenir or snack retailers with open storefronts to display their goods. Per Kengo Kuma and Associates, “The project aimed to make a structure that harmonizes with such townscape, using a unique system of weaving thin woods diagonally.”

Making use of some 2,000 pieces of these ‘thin woods’, the interior of Starbucks Dazaifu is literally cocooned by a weave of cedar wood, as if it were the inside of a giant hand-woven basket. The interwoven cedar wood batons are angled to create a diagonal lattice, with four sticks coming together at each connection. When you take a close look at it, each baton is a stocky 1-4 meters long, and 6 centimeters across; yet interlocked at the correct angle, the entire installation presents a fluid web that curves as it ‘moves’ inwards, drawing visitors in along with it.

The result is a treat for the senses. I have never seen so many people in a Starbucks outlet less interested in their beverage (or taking selfies of it) and more so in the architecture of the place, swivelling their heads back and forth and back again. In such a beautiful setting, I can see myself spending an entire day here relaxing, doing my work, lapping in the atmosphere.

Starbucks Dazaifu is located on the approach to the Dazaifu Tenmangu Shrine, a mere 4 minutes away from the Dazaifu Station serving the Nishitetsu Dazaifu Line. Enshrining the Shinto deity of education, the shrine welcomes 2 million visitors a year, making it one of the most important shrines in the entire country. While Starbucks Dazaifu is worth visiting just for itself, its close proximity to the Dazaifu Tenmangu Shrine makes this café a must-see attraction if you are headed for Kyushu.

If you need accommodation in Fukuoka, I would advise the HOTEL MYSTAYS Fukuoka-Tenjin-Minami. You can check for more information on the English version of their website or on the JapanTravel article. 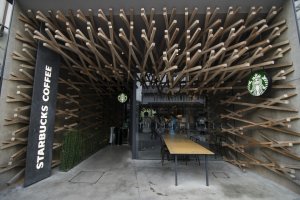 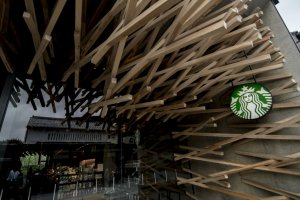 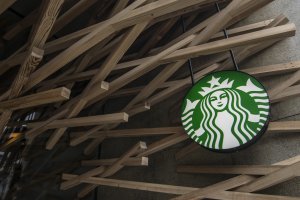 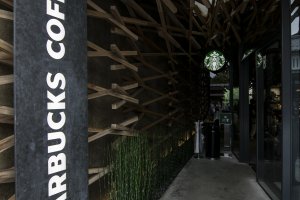 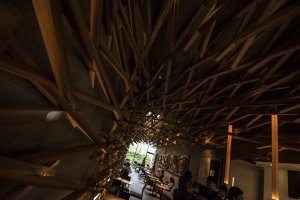 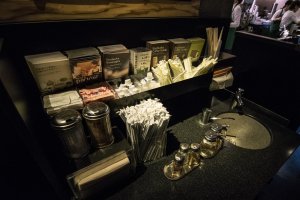 Kim 2 years ago
Loved the architecture of this one when we visited the area!
Reply Show all 0 replies

Relinda Puspita 5 years ago
It must be nice having coffee here.
Reply Show all 0 replies

Jessica A Paje 5 years ago
Quite an impressive storefront!! I wouldn't mind doing some work in here myself. The Starbucks location in Kamakura is also a nice one to visit (swimming pool & the wisteria trellis). And of course, the first Starbucks in Japan at the Ginza location is pretty neat. Your receipt will be stamped with store #1 on it (actually all of the locations will stamp the store # on receipts, but knowing it was the first is cool). :-)
Reply Show all 0 replies

Olga 6 years ago
I thought this one was in Tokyo!
Reply Show all 1 replies

Lester Goh Author 6 years ago
Nope, haha. There are many other attractive outlets in Tokyo, like the joint outlet with Tsutaya bookstore that can be found in Japan, but this one is in Fukuoka!
Reply

Daniel Vesey 6 years ago
There seems to be quite a lot of impressive Starbucks here in Japan. There is one in Machida I have seen that looks really nice, not as unique as this one though I will admit!
Reply Show all 2 replies

Lester Goh Author 6 years ago
I know right! Every Starbucks in Japan seems to be handcrafted with their own personalities. Where is this one in Machida u speak of??? I have to visit before i leave!
Reply

Daniel Vesey 6 years ago
Its not as special as this but it is still nice! You known when you walk out of Machida JR, go straight and you can see that pretty busy crossing straight ahead, if you walk down the steps and go over there by the lights, cross over to the right and it is in one of those roads with lots of bars and restaurants
Reply
9 comments in total