Aizuwakamatsu City is well-known for its rich samurai heritage. The castle, Tsurugajo, became famous during the Boshin Civil War for providing protection under heavy attack. Every year, a 3-day festival takes place around the castle and down the main street in honor of the 3,000 members of the Aizu Clan who perished during the Boshin Civil War. The main day of the festival is held annually on September 23rd, which marks the last day of the war which ended in the defeat of Aizuwakamatsu in 1868.

This year, three Japanese national holidays lined up with the dates of the festival, so the streets were crowded with spectators on vacation. The main street shut down to vehicular traffic and food stalls selling a variety of typical Japanese food, fried food, and desserts, which lined the sidewalks for blocks. In a large parking lot, booths had been set up to look like olden Japan, displaying handmade goods for sale, food, and crafts for visitors to try out.

On Monday and Tuesday evening of the festival, the street flooded with people, dancing in a large circle around a stand with taiko drummers. This is called a "bon dance" and is a traditional event to respect your ancestors. The first two days of the event offer a variety of programs and events throughout the day and into the evening, but the main event is saved for the third and final day.

The day starts with a prayer of thanksgiving to ancestors at 8:40am, followed by an archery demonstration at 9:25am. The departure ceremony starts at 9:55am on the castle grounds and the parade departs at 10:25am. This parade, consisting of almost 500 participants, pulls out all the stops. Samurai on horseback, their servants, and warriors all dressed in authentic costume march down the street. Students from schools who have trained in traditional Japanese arts, such as naginata, also participate. For the past two years, the leading actress from the drama "Yae no Sakura," a period drama based on the samurai of the Aizu region, has taken part in the parade.

The parade runs from 10:25am at the castle, winds through the city, and ends around 3pm at the castle grounds for a closing ceremony and performance. Along the way the procession stops for performances such as rifle demonstrations, mock battles, Taiko Drum performances and dances. To finish off the evening, there is a traditional Noh Performance from 5:30pm - 7:30pm at the castle.

Throughout the day, free guided tours of the castle ground led by the Aizuwakamatsu International Association are available in English and are held every 30 minutes. The usually quiet and peaceful castle ground are bustling with people during the festival and packed tightly with traditional booths and tents. Here you will find unique Aizu products and foods (such as horse sausages!), so don't forget to stop by the castle.

This was my second year attending the Samurai Festival in Aizuwakamatsu, and I was not disappointed. Aizuwakamatsu is a beautiful city filled with rich history and a variety of tourist spots. While it's a great place to visit at any time of the year, I highly recommend trying to catch the festival if you find yourself in the area around September 23rd. 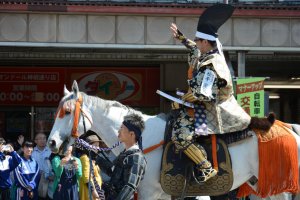 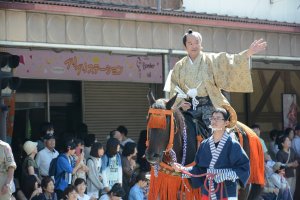 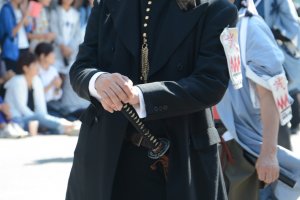 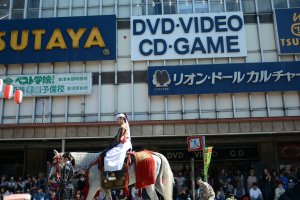 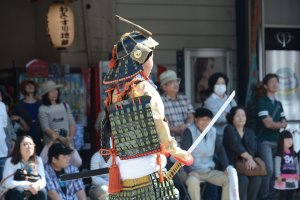 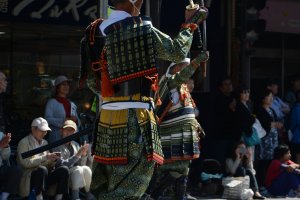 My Đặng 11 months ago
So fantastic!
Reply Show all 0 replies

Elena Lisina 3 years ago
Is this Festival always in September?
Reply Show all 0 replies

Elena Lisina 5 years ago
I'd like to see it one day, too!
Reply Show all 0 replies
3 comments in total