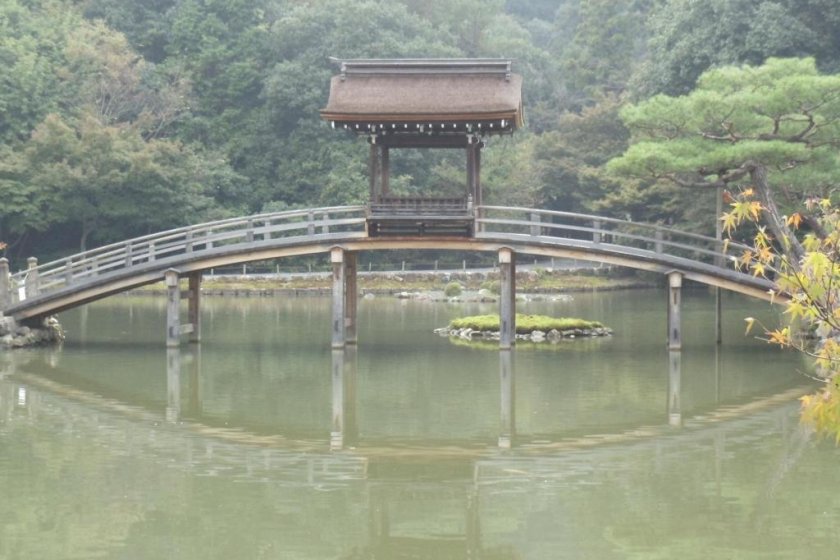 A power spot and buddhist monastery

On the high crown of a hill, in a very wooded area of Tajimi is the access path to the Eihoji Temple. The entrance to Eihoji is marked at the trailhead by two cement posts inscribed with information about this place, but unreadable to us. Regardless, what was quite unusual was that the entrance to the walk way was as if one was stepping out of the ‘real world’ onto a descending well paved sidewalk like structure, which began a very long steep descent down toward the bottom of the hill we’d just had driven up! The reality set in quickly, what goes down must come back up and that was a very intimidating thought. The path is steep, winding its way around long sweeping bends sloping down toward the final entrance into the main temple grounds at around 500-600 feet. On the floor of this valley, one can see a magnificent and quite unexpectedly new temple building off to the left. The path now became all well maintained gravel which wended its way around a long bend to the left toward the temple, itself. The grounds are notable for a large lake-like pond at the back of which was a small waterfall cascading down the face of a massive solitary rock. The source of the waterfall was not found for that was well up onto the hill behind the rock where more buildings and temple gates were seen. We didn’t try to go up to that area due to time.

As we walked deeper into the grounds, to our right was a large compound of well kept, quite old structures the purpose of which we were not able to find out. However, the remarkable part of this area was the large slab stone wall that rose around the perimeter of these buildings separating them off from the curious visitor. To our left, across a very lovely arched bridge we were told that under gigantic wraps stood the original temple, built some 680 years ago, undergoing repairs from serious fire damage. This was a real disappointment because one could neither see any part of the temple from any angle looking at the covering, and access near the site was impossible because of safety barriers. Reluctantly we had to satisfy our visit with a stroll around the front of the massive, clearly very recently built new temple building, which was fine for it is a strikingly beautiful, esthetically pleasing edifice. Back toward the enclosed compound of buildings, yet another structure, it too presumed to have either suffered the ravages of aging or of fire, was covered by large tarps precluding any means to see what this structure looked like.

One can walk toward an access road near the back of the actual temple buildings, which clearly included structures of a very modern style in which offices were visible, along a high dirt and slab stone walled area that separates the temple grounds from the ……River which runs along the side of the temple grounds.  Having been limited by any access to the temple itself and no formal guides or pamphlets to aide with more information was a negative, but the calm and serene setting was more than sufficient to provide both a sense of peace and tranquility but also a clear sense of the reason this site would have been chosen as the one on which to build a new Buddhist temple.

Find out more about Eihoji Temple. 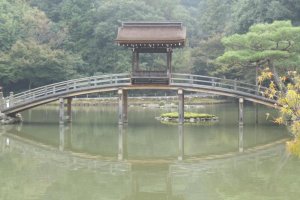 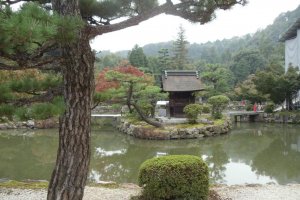 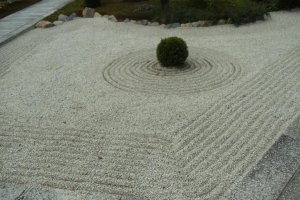 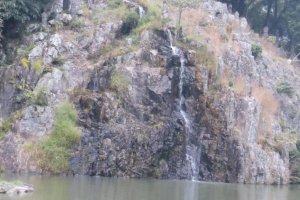 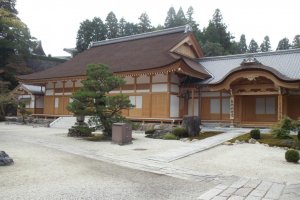 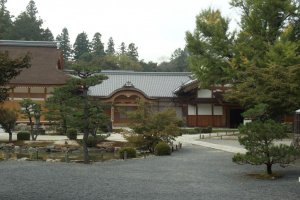