The remains of Edo Castle

Once recognised as a National Historic Site, the Remains of Edo Castle were upgraded a few years later in 1963 to National Special Historic Site status. Playing a pivotal role within the history of Tokyo, to say nothing of the Japanese nation, Edo Castle was completed in 1636 during the reign of the third Edo Period shogun, Tokugawa Iemitsu. To this day, it remains one of the most popular places to visit within the city.

The castle experienced some challenging times. Fire destroyed a good portion of it in the late 19th century, while the bombings of World War II finished off much of what was left. The castle also saw the overthrow of the Tokugawa shogunate in 1868 and would eventually become the official residence of the Emperor. Built over the site of the original Edo Castle, this residence is now known as the Imperial Palace.

What remains of Edo Castle now stand as a tantalising reminder of feudal Japan's greatest symbol of political power and authority. The ground's East Garden, accessible to visitors, features the foundations of what was once the tallest castle tower in Japan while the moat walls, entrance gates and guardhouses also add to the impressive power and reach of the Tokugawa Shogunate. 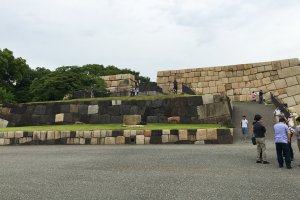 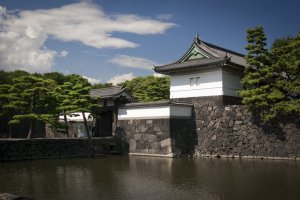 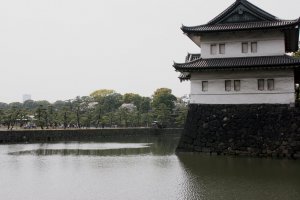 Sherilyn Siy a year ago
The stone wall is still impressive.
Reply Show all 1 replies

Sleiman Azizi Author a year ago
It's a beast.
Reply

Sander van Werkhoven a year ago
Somehow in all of my visits to Tokyo, I never even realized this was accessible for visit. Only during my very first visit to Japan in 2008 I've been near the Imperial Palace, but not in the East Gardens.

I have heard some years ago they were considering to reconstruct the tenshu, do you know if those plans are still alive?
Reply Show all 2 replies

Sleiman Azizi Author a year ago
Yeah, I had heard the same but as far as I know, they never amounted to anything. Yet.
Reply

Elizabeth S a year ago
The massive gates with the intricate hardware on them are all we get. But then, when you look at that craftsmanship, you realize what a monumental undertaking it would be to raise the tenshu again. Who's got the skill for that?
Reply

Bonson Lam a year ago
The stone construction is amazing, how every stone is perfectly aligned. It reminds me of some of the castle ruins in the Northern part of Okinawa, like https://en.japantravel.com/okinawa/world-heritage-nakijin-castle/29392
Reply Show all 1 replies

Sleiman Azizi Author a year ago
The tower suffered courtesy of a fire, I think it was, soon after it was built. They never ended up rebuilding that part of the tower but while it stood, it was apparently the largest tower in all of Japan. Shogun power and letting the country know, too!
Reply
7 comments in total
Back to Contents