All You Need to Know about Sushi

Almost synonymous with Japanese cuisine and one of Japan’s major symbols, sushi is one of the most mind-boggling yet delicious types of food in the world. The idea of eating raw fish may make you cringe at first, but there’s a reason why it is the beloved food of the Japanese people for centuries and why it has taken the world by storm in recent years.

While the Westernized version of sushi overseas (such as the California roll) have gained popularity, just one bite of Japanese sushi is enough to be a life-changing experience. Low in fat but high in protein, carbohydrates, vitamins, and omega acids, sushi is not only one of the most healthy dishes worldwide, but also has a delicate taste that very few, if any, cuisines can match.

Sushi masters, or taisho, take great pride in their work, treating sushi-making almost like an art after decades of training; thus, it’s essential to know the different manners involved in eating sushi and making the most out of the delicious experience.

Originally, “sushi” was a form of preserving fish, introduced to Japan in the 8th century from Southeast Asia; this involved wrapping a piece of gutted fish in fermented rice. This allowed for fish to be stored for several months, but surprisingly, the rice was thrown away. Later, the preserved fish was eaten with rice, Japan’s staple food, and was called nare-zushi, which can still be found today.

Over the years, nare-zushi evolved according to each region’s specialities; in Osaka, oshi-zushi became popular, while Shiga is still renowned for its funa-zushi from Lake Biwa.

Haya-zushi, or “quick sushi,” was invented during the early 19th century by Hanaya Yohei (there is a Japanese chain restaurant named after him), and this is the form of sushi that is known worldwide today, now called nigiri-zushi. Fresh fish from Edo Bay (present day Tokyo) was eaten with vinegared rice, and sushi yatai (food stalls) emerged all over Tokyo. It has been theorized that this form of sushi became popular throughout Japan due to the 1923 Kanto Earthquake, which resulted in the Tokyo sushi chefs evacuating back to their hometowns and spreading the sushi culture there.

Sushi exists in countless variations and forms, with each region specializing in different fish and styles of cooking. Below are some of the basic types of sushi:

Sushi is usually eaten with three different types of condiments:

Here are some tips and manners for eating sushi (usually applied to when eating at proper sushi restaurants):

While you can get a 10-pack of good-tasting sushi for around 800 to 1,000 yen at the supermarket, it goes without saying that eating sushi at a restaurant is one of the must-do activities in Japan. If you have room to splurge, eating at a formal sushi-ya, or sushi bar/restaurant, offers the full “Japanese” experience. But if you’re on a budget, going to a kaiten-zushi (literally “spinning sushi”) place is a unique attraction on its own.

Points of note for sushi-ya:

Points of note for kaiten-zushi restaurants: 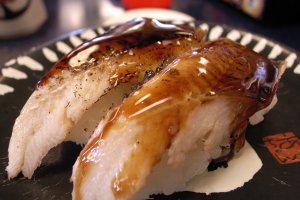 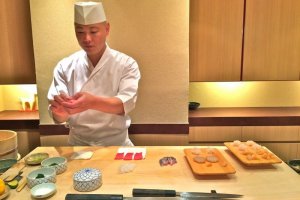 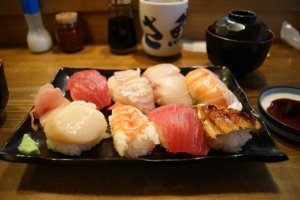 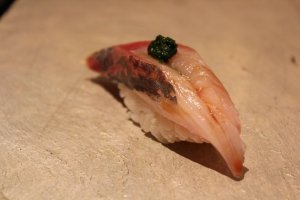 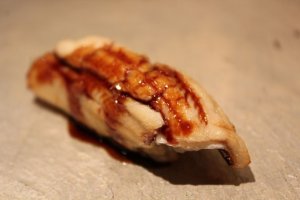 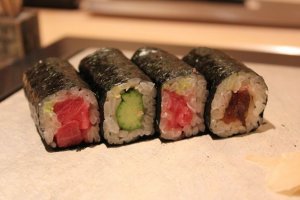 Sleiman Azizi 2 years ago
I'm still dying to try narezushi. I can't call myself a sushi geek until I do...
Reply Show all 0 replies

Tyra 'nell Pille-Lu 6 years ago
This is an entertaining and educational read for sushi lovers like myself. Now, my cravings are starting...
Reply Show all 0 replies

Louis Tan 6 years ago
Tried standing Sushi bar in Japan. This guide certainly helps us in understanding the vocabulary in the topic of Sushi.
Reply Show all 0 replies

Justin Velgus 7 years ago
A very extensive and professional guide! Great work! Even after being in Japan 3 years, I learned some new things!
Reply Show all 1 replies

Edward Yagisawa Author 6 years ago
Thanks Justin! I learned so much doing research for this guide and I'm Japanese!
Reply
7 comments in total
Back to Contents