A hidden history of samurai rebellion

A bedroom community for workers heading into central Tokyo, Hino City surprises with its quasi-samurai warrior heritage. A couple of museums here take full advantage of that history with some interesting real world displays. The city's artists get a small leg in too while city hall offers up a back-to-basics look at the local history. Here is an introduction to the museums and galleries of Hino and how to reach them.

Managed by the descendants of Hijikata Toshizo, one of Japan's most famous samurai warriors, the Hijikata Toshizo Museum is dedicated to this extraordinary man. Inside you'll find letters, clothing, his well-used sword and even his armour with actual battle damage. An admission fee of JPY500 lets you explore the life of a real fighter.

A 3-minute walk from Manganji Station on the Tama Monorail.

With its storage-like atmosphere, Hino City Local Museum doesn't flash with glitz but makes up for it with some honest, down-to-earth local history and heritage. Located within city hall, the museum is free to access and features plenty of pottery, photography, and early 20th century items. There is a decent amount of old school day memorabilia too.

A 9-minute walk from Hodokubo Station on the Tama Monorail.

Celebrating its warrior heritage, the Shinsengumi Hometown History Museum showcases plenty of Shinsengumi memorabilia. This late Edo-period special police force was created to support the Tokugawa government during its final days in power. Fascinatingly controversial, a visit takes a look at a wild time during Japan's emergence into the modern world.

A 15-minute walk from Hino Station on the JR Chuo Line.

Opposite the substantial AEON Mall shopping centre, lies the Toyoda Citizens Gallery. Almost hidden away in its basement setting, the gallery space manages to hose numerous exhibitions that showcase the works of the local population. Don't be surprised to find some decent creations of good quality here.

A 3-minute walk from Toyoda Station on the JR Chuo Line. 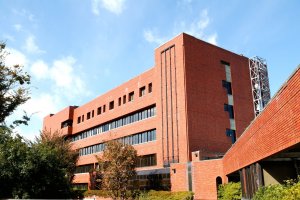