Bordered by the Arakawa River on the west, the Edo River on the east and split down the middle by the Naka River, even smaller local parks in Katsushika City Ward seem to have a feeling of water and space nearby. Here is an introduction to some of the parks and gardens of Katsushika and how to access them.

Featuring a statue of a young girl releasing a dove, Aoto Peace Park acts a memorial of the tragic atomic bombings of Hiroshima and Nagasaki. A cenotaph and case filled with folded paper cranes complete the memorial while the park itself is home to a wisteria garden and a water pool area that is great for the children during summer.

An 8-minute walk from Aoto Station on the Kesei Main Line.

Jutting out onto the Naka River lies Higashi Tateishi Ryokuchi Park. A fantastic riverside location featuring plenty of play space and equipment for the children - including an incredibly long roller slide - the park is a great space for joggers and families out to enjoy a picnic while enjoying some decent river views.

A 10-minute walk from Kesiei Tateishi Station on the Oshiage Line.

A lovely garden of blooming iris flowers in June, the Horikiri Iris Garden is one of the only remaining traditionally-styled iris gardens left in the area. A throwback to the old Edo period, this free garden features some six thousand iris plants along with other flowers. Walking bridges, trails and a classical design all combine to create an authentically intimate floral experience.

A 9-minute walk from Horikiri-shobuen Station on the Keisei Line.

A haven for bird lovers, Mizumoto Park is a huge expanse of green that connects with a number of smaller green spaces. Hosting the largest iris festival with over 200,000 flowers blooming in June, the park is located along the banks of the Oba River and features BBQ areas, camping and fishing grounds and even some adventuring.

A 7-minute walk from Mizumoto Koen Bus Stop on the Kesiei Bus from Kanemachi Station. 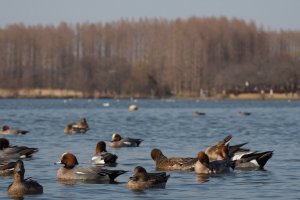 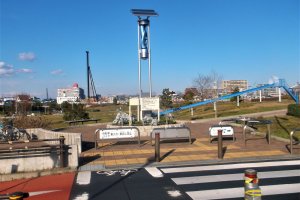 Elizabeth S a week ago
I keep meaning to see the Horikiri Iris Garden. Mizumoto Park’s iris festival is lovely. Not to be missed!
Reply Show all 2 replies

Elizabeth S a week ago
Yamamoto-Tei. My favorite Tokyo tea house to take my visitors.
Reply

Elena Lisina a week ago
My favorites are parks by water and flower parks, of course!
Reply Show all 1 replies

Sleiman Azizi Author a week ago
Yes, water and flowers. A great combination and, certainly with the flowers, one I've learnt to appreciate more and more.
Reply
5 comments in total
Back to Contents