Nagasaki is Japan's melting pot, a mix of cultures, customs and foods that entices visitors to stay and savor the unique atmosphere of this coastal prefecture. As the only open port of trade during Japan's Edo Period, Nagasaki has a long history of welcoming and absorbing other cultures, making this southern prefecture unique, even compared to the rest of Kyushu.

There's no better place to spend a day in Nagasaki Prefecture than in the capital city of Nagasaki itself.

From Nagasaki's main JR train station, it's a 15-minute tram ride (Tram #1 or #3) to the Hamaguchi-machi or Matsuyama-machi tram stop. Just steps away, the Nagasaki Atomic Bomb Museum sits near the epicenter of the second atomic bomb dropped on Japan on August 9th, 1945. The museum focuses on life in Nagasaki both before and after the catastrophic event, and also includes a video room full of documentaries and personal interviews. Nearby, the Nagasaki Peace Park holds a large, white statue symbolizing peace and a black obelisk that marks the spot of the epicenter. The names of the victims are stored inside the latter.

Tram Line #1 can deliver you to the center of the city in under 30 minutes, where the former island of Dejima sits now surrounded by the modern city. It was on this fan-shaped piece of land (which once sat surrounded by the water of Nagasaki Harbor) that the Dutch were sequestered after the shogun (military ruler) closed off Japan in the mid 1600s. For over two centuries, this was the only port in the entire country open to foreign traders and visitors.

The nearby neighborhood of Chinatown, Japan’s oldest, offers plenty of opportunities for lunch. From there, Tram #5 will carry you to Oura-Tenshudo-shita tram stop, at the base of Glover Garden. This hillside neighborhood was once the site of the residences of Nagaski’s few Western citizens, mostly European traders tied to Nagasaki’s port. A long escalator leads to the top of the hill, after which visitors can wander leisurely down through the neighborhood, soaking up the sea views. At the bottom, don’t miss popping into the Oura Cathedral, once a focal point for Kyushu’s small but dedicated Christian converts.

In the evening, head for Mt Inasa via tram, bus or taxi and take the ropeway to the peak. From here, one of Japan’s best night views spreads out before you, with the city lights twinkling below.

You'll want to get an early start from Fukuoka Airport for your two-day Nagasaki adventure, but the Ltd Express Midori will carry you straight to Sasebo from Fukuoka's Hakata Station in about two hours.

In Sasebo, make your way to the Kujukushima Pearl Sea Resort (via taxi or bus from Sasebo Station). From here, cruises leave to explore the numerous islands scattered across the sheltered bay.

After your cruise, chow down on the city's famous Sasebo burger, a cultural import from the American GIs who flooded the region at the end of World War II. The city offers a Sasebo burger map that highlights nearly a dozen eateries, but you'll find none more convenient than Bell Beach, at the entrance to the Kujukushima Pearl Sea Resort area.

For a close-up look at who's living below the waves offshore, spend some time exploring the Kujukushima Aquarium. Coral reef dwellers, sea turtles and giant rays are just a few of the creatures who call this environment home.

In the late afternoon, return to Sasebo Station and board the JR Sea Side Linter in the direction of Nagasaki. Disembark at Huis Ten Bosch, a resort and amusement complex which recreates a Dutch town. The park is known for its elaborate flower and evening light displays, particularly from November to early April. Spend the night here at Japan's first accommodation run by robots, the Henn na Hotel.

On your second day, board either the Matsuura Railway to Tabira-Hiradoguchi station (from which you can reach Hirado city in ten minutes) or take the JR bus straight from Sasebo to Hirado on the far northwestern coast of Nagasaki Prefecture. The city’s information center can rent you an electric bike to best explore the peninsula.

Start your adventure at the Kawachi-Toge Pass above town. From these heights, you’ll have sweeping views of the northern Kujukushima islands and the far-off islands of Iki and Tsushima. Several hiking trails pass through here, including the popular Kyushu Olle course.

Back down in town, pay a visit to the Matsuura Historical Museum, which pays homage to the clan that ruled this island for nearly nine centuries. The Matsuura made their fortune thanks to international trade and you’ll find many Western pieces in their collection.

Along with international traders, Hirado also attracted foreign missionaries, the most famous being Francis Xavier. The Saint Francis Xavier Memorial Church was constructed in 1913 to commemorate the missionary’s visit to the area in 1550.

End your exploration at the fascinating Dutch Trading Post, a newly-reconstructed version of the building that used to stand here in the early 1600s. The museum inside details the history of Hirado, with a number of unique artifacts including a samurai-style Dutch suit of armor. 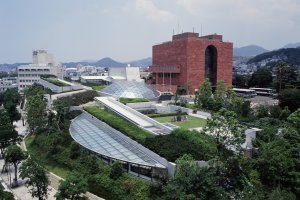 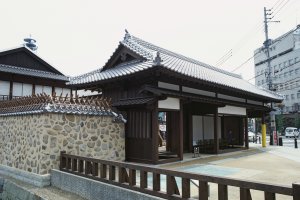 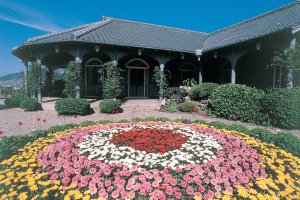 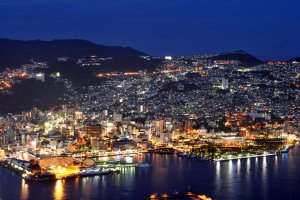 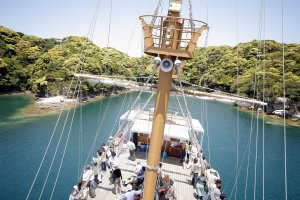 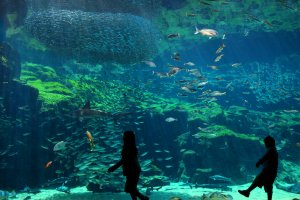 Kim 2 years ago
I've got two days planned in Nagasaki for later this year so this post really ticks all the boxes for my trip planning. Thank you!
Reply Show all 0 replies
1 comment in total
Back to Contents