An unpretentious suburbia doesn't stop Suginami City Ward from being home to a fascinating array of local parks and gardens. Historical sites, plenty of water and a relaxed atmosphere make them all pleasure to visit. Here is an introduction to some of the parks and gardens of Suginami and how to reach them.

A hidden gem, Otaguro Garden is a beautiful strolling Japanese garden located on the estate of the former music critic, Motoo Otaguro. The gingko tree-lined entrance pathway sets up a dignified ambience that is carried on throughout the garden's traditional pond, bridge and tea house landscaping elements.

A 10-minute walk from Ogikubo Station on the Marunouchi or JR Chuo lines.

Complete with pond, walking trails and children's play equipment, Tsukayama Park is a simple public space bordered by the Kanda River and home to a restored historical Jomon period hut. The gradations of the park's landscaping, its running water and seasonal foliage all combine to give the park a much larger feeling of space.

A 10-minute walk from Hamadayama Station on the Inokashira Line.

The city's largest park, Wadabori Park and all of its many green spaces extend for over five kilometres along the Zenpukuji River. With plenty of sports fields, BBQ areas, a children's park, twelve bridges and a large island-filled pond, the archaeological sites and plenty of opportunities for bird watching only add to its appeal to the local residents.

An 11-minute walk from Eifukucho Station on the Inokashira Line.

Bookended on its north and south by some impressive ponds, Zenpukuji Park is home to some beautiful flora throughout. The southern pond area features children play areas while in the northern pond area can be found the historical Osonoi Waterfall, discovered, as the story goes by Yoritomo Minamoto in the twelfth century.

A 15-minute walk from Kamishakuji Station on the Seibu Shinjuku Line. 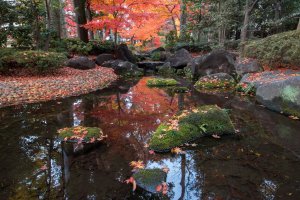 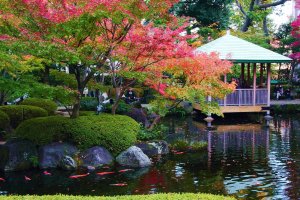 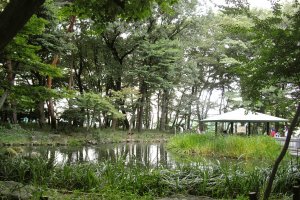