Dotted with nods to history, culturally recognised temples and shrines and much-loved traditional shotengai shopping streets, unpretentious Suginami City is one of the ideal places to experience the charming ambience of modern suburban life in Tokyo.

The third largest Shinto shrine in Tokyo, Omiya Hachimangu Shrine is not only home to excellent traditional structures but also martial arts and traditional archery festivals. Another feature of the shrine are its 32 mikoshi portable shrines which are on display throughout the year.

Seven minutes from the North Exit of Nishi-eifuku Station on the Keio Inokashira Line.

Fourteen minutes from Shin-Koenji or Higashi-Koenji Stations on the Marunouchi Line.

Featuring two impressive ponds, Zenpukuji Park is home to some beautiful flora, rental boats and play areas for the children. The historical Osonoi Waterfall, apparently discovered in the twelfth century by Yoritomo Minamoto can be found in the park's upper pond area.

Fifteen minutes from Kamishakuji Station on the Seibu Shinjuku Line.

A beautiful strolling garden, Otaguro Park is located on the estate of the later music critic, Motoo Otaguro. Featuring an entrance pathway lined with dignified gingko trees and traditional landscaping elements like a pond, bridge and tea room, Otaguro Park is a splendid place to visit.

Ten minutes from the South Exit of Ogikubo Station on the Marunouchi or JR Chuo Lines.

Part of Kogei Polytechnic University, Suginami Animation Museum is a free museum focusing on the history and future of Japanese animation. Along with English-audio tours, a digital workshop space and historical displays, a highlight is the white pillar covered in anime artist signatures and drawings.

Sixteen minutes from Nishi-Ogikubo Station on the JR Chuo Line.

A free local museum, the Suginami Folk Museum traces the history of the area with displays and exhibitions. The museum highlights are the two historical buildings, one an Edo Period family home and the other a nagayamon gate that has been designated as a Tangible Cultural Property.

Fifteen minutes from the North Exit of Eifukucho Station on the Keio Inokashira Line.

Full of local charm, Koenji Junjo Shotengai is one of Tokyo's more well known traditional shopping streets. With over 200 stores, the area is home to plenty of eateries, discount stores and with its underground music scene, lives houses and bars. August is also the time for the Koenji Awa Odori festival.

Direct access from the North Exit of Koenji Station on the JR Chuo Line.

On his way to lay down the law in northern Japan, the Heian Period warrior, the legendary Minamoto no Yoshiie is said to have hung his horse's saddle on this pine tree. Kurakake no Matsu means 'saddle-hanging pine tree' and still stands to this day and is treated as a sacred tree.

Fifteen minutes from Nish-eifuku Station on the Keio Inokashira Line. 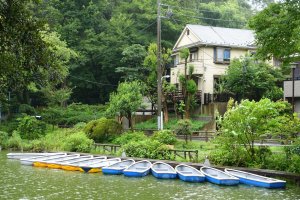 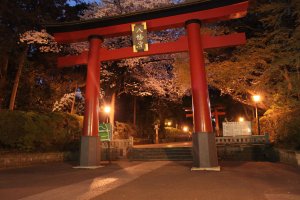 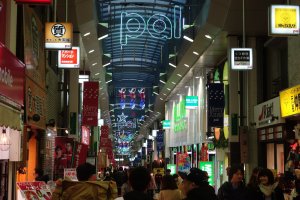