Belying its downtown blue collar image, the parks and gardens of tiny Sumida City Ward display an amazing sense of history, heritage and sophistication. From samurai and literary influences to local revelry, relaxation and even tragedy, the natural spaces of the city are replete with pleasure. Here is an introduction to some of the parks and gardens of Sumida and how to reach them.

Most famous for its vibrant display of cherry blossom trees when blooming during the spring, Kinshi Park is as every bit popular as it is simple. A broad open space with an impressive central fountain, the park is a boon for local joggers while families tend to come out in force to enjoy the green lawns and children's play equipment.

A 3-minute walk from Kinshicho Station on the Hanzomon or JR Chuo-Sobu lines.

A strolling Japanese garden and the former grounds of a samurai residence, Kyu Yasuda Teien offers elegant bridges, ponds and seasonal flora. Designed to calm the mind and ease the spirit, the garden was once influenced by the tides of the Sumida River though these days, the tidal effect is due to modern pumps.

A 5-minute walk from Ryogoku Station on the JR Sobu Line.

Featuring over two hundred plant species, the charmingly calm Mukojima-Hyakkaen is an Edo-period traditional Japanese garden. Along with a tea house, ponds and token JPY150 admission fee, the grounds of the garden include nods to traditional literature with scores of carved poetic and lyrical excerpts from history.

A 5-minute walk from Higashi Mukojima Station on the Tobu Skytree Line.

A memorial park for the area's almost sixty thousand victims of the Great Kanto Earthquake, Yokoamicho Park is home to the Great Kanto Earthquake Memorial Museum and the Tokyo Metropolitan Memorial Hall. In spite of its tragic origins, the park now is a place of beauty with elegant landscaping that incorporates both traditional and modern elements.

A 1-minute walk from Ryogoku Station on the Toei Oedo Line. 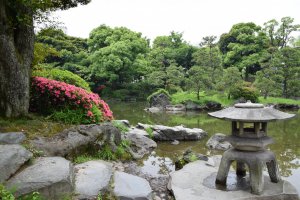 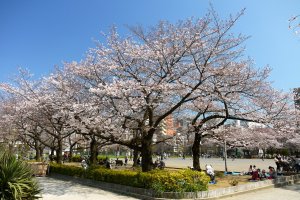 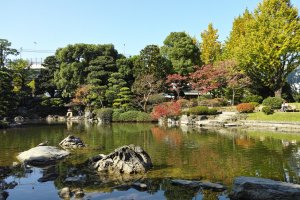 Elena Lisina 2 weeks ago
Kyu Yasuda Teien is big and really wonderful garden! I spent few hours exploring it and taking a rest.
Reply Show all 0 replies
1 comment in total
Back to Contents