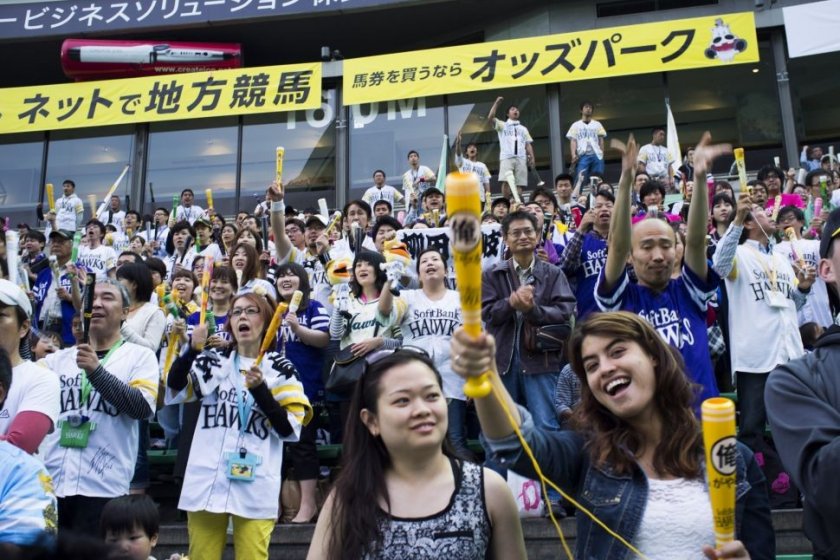 Despite initially being brought to Japan by Americans, baseball in Japan is more different than you'd think from the American experience. And it’s not just how the game is played - for example, Japanese baseball involves more sacrifice bunts and players go through more rigorous practice drills – but foreigners will be in for a cultural shock when they watch a Japanese baseball game for the first time.

There are 12 teams in Nippon Professional Baseball (including these 5 teams in the Kanto area), or the NPB, with six each in the Central league and the Pacific League. The teams play 144 regular season games, starting in late March, with the top three teams in each league advancing to the playoffs and culminating in the Nippon Series in late October.

There’s never a dull moment when you’re at a Japanese baseball game – you’ll notice that the outfield bleachers are packed with standing spectators. And they’re not just standing there like telephone poles either. Each team has a “side” of the stadium dedicated to their own ouendan, or “cheering squad,” of fans who are constantly making noise when their supporting team is up at bat, waving team towels, banners, plastic bats, and paper fans while some play drums and trumpets, creating a raucous, tribal chant of intimidation. Furthermore, not only does each team have its own song, but each player has his own chant, which the fans seem to have memorized by heart – even if the player is only a rookie!

Some teams have their own special cheering traditions, making the experience all the more special. The Tokyo Yakult Swallows fans are known for their “umbrella dance” after the team scores a run, while Hiroshima Carp supporters have become famous for the “Carp Squat.” One of the most iconic images of Japanese baseball is the sky above Koshien Stadium, home of the Hanshin Tigers, being filled with “jet balloons” that are released by spectators during the 7th inning stretch (this tradition has now become common with all teams). And some of these traditions can be quite extreme - when fan favorite Atsunori Inaba was with the Hokkaido Nippon Ham Fighters from 2005 to 2014, Fighters supporters united in doing the “Inaba Jump”...which caused earthquake-like tremors and was eventually banned in some stadiums (resulting in fans resorting to the “Inaba Squat”).

Over the deafening din of cheering, you will notice that at almost all stadiums, the voice of the public address announcer is a female one, who are affectionately called uguisu-jyo (which literally translates to “warbler lady”). The soft, calm voices of these uguisu-jyo, along with shrill whistles, alarm spectators whenever a foul ball enters the stands.

One thing that puzzles many foreigners is that the visiting team has its own decently sized designated section of supporters, as aforementioned; in the US, at least 90% of the spectators are supporters of the home team. While this may be due in part to the fact that Japan is a much smaller country and thus easier for fans of the away team to make the trip to support them, you can't help but be confused at how many away supporters there are while marveling at their dedication.

A Japanese baseball game can also be quite the gastronomical experience. The American staples of hot dogs, fries, and ice cream are offered, but they take a back seat to Japanese bento boxes, which, albeit usually pricey, are something delicious to snack on when the opposing team is at bat. Most stadiums offer a wide variety of bentos, ranging from those of famous restaurants to original home team-themed boxes, causing a happy headache for hungry fans.

Perhaps the most grueling of part-time jobs is that of beer uriko, or vendors (usually a girl), who carry a large keg of beer on their backs to pour for thirsty spectators as they climb up and down the bleacher stairs during the tropical summers of Japan. Maybe it’s the pangs of sympathy that result in you finding yourself reaching into your pocket for some money before thinking twice, or maybe it’s just because beer tastes so good after a long day of work and a baseball game in front of you.

But baseball stadium food can be pricey, just like in the US. However, the saving grace of Japanese baseball games is that you are allowed to bring in food and beverage from outside, although you will be required to pour your drinks into disposable cups at the gate.

If you’re a Giants, Tigers, or Hawks fan, make sure to get tickets in advance, while for other teams the chances are higher that tickets are still available on gameday. You can pre-order tickets in a number of ways.

The number one option on Google when you type in “Japanese baseball tickets” is japanballtickets.com, which is arguably the safest way to secure a ticket. However, it does have its downsides - not only does it include a $59 ticketing charge, they require a 4 day period for delivery, can only be paid for by card or PayPal, and cannot be delivered to Airbnbs and other short-term rentals.

Another option is to buy them directly from the team website, such as this page for the Giants. While they offer more flexibility than Japan Ball Tickets by allowing you to either print your tickets at home or pick them up at the stadium kiosk or at a Seven-Eleven, they can still only be purchased by credit card. Other websites such as Daikokuya and Ticket Pia are also useful, but only offered in Japanese.

Perhaps the easiest way of obtaining your baseball tickets may be going to the nearest convenience store and buying your tickets there. They can be paid for in cash and you can pick them up on the spot, making life much easier for you (aside from the walk to the convenience store, of course).

Prices usually range from 1,000 yen for bleacher seats to 6,000 yen for seats behind home plate, varying according to team and the time of year.

One aspect of the game that throws a lot of foreigners off when they see a Japanese baseball game for the first time (and vice versa) is the count; in Japan, it is displayed as strike-ball-out, instead of the American order of ball-strike-out. So don’t be puzzled when the count says 0-3; it doesn’t mean that the batter has struck out already!

And why are all the spectators leaving after the 12th inning if the game’s still tied? Unlike American baseball, in which games go on until one team emerges victorious, only 3 extra innings of baseball are played maximum under Japanese rules; if the scores are still level, the game ends in a tie. Kind of a let down, but at least you won't have to worry about how to get home.

Baseball isn’t Japan’s most favorite sport for no reason - spectators give their all to cheer for their teams, almost to the point of fanatic. So while foreigners may be puzzled for a while when they first see a Japanese baseball game, you’ll soon realize that it’s these quirky traditions that make watching Japanese baseball a very memorable experience. 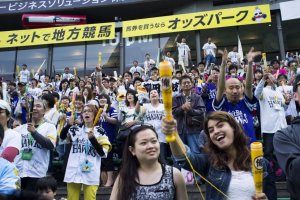 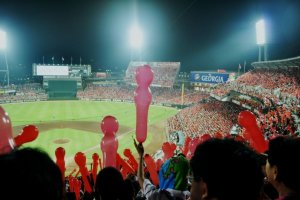 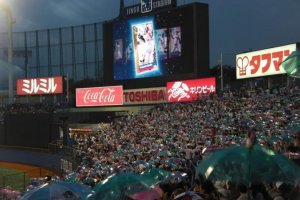