The Joy of the Demitasse Cup (Gunma)

A special exhibition at the Gunma Prefectural Museum of Modern Art

A special exhibition taking place at the Gunma Prefectural Museum of Modern Art looks at the joy and beauty of the demitasse cup. Literally meaning "half cup" in French, around 400 of these beautiful coffee cups will be displayed at the event in a range of different designs, from bold to delicate, and traditional to modern. There will also be a focus on European pieces which were influenced by Japanese artistic style in the 19th Century.

Adult admission to the event is priced at 900 yen.

The Gunma Prefectural Museum of Modern Art is located around 15 minutes drive from the Maebashi Minami IC on the Kita Kanto Expressway. Free parking is available at the Gunma no Mori Prefectural Park.

For those using public transport, buses are available from Takasaki Station. Take the City Circle Gunma no Mori Line bus until you reach the stop for Gunma no Mori. The bus fare is 200 yen. 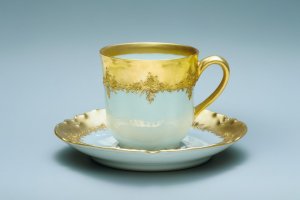 The Joy of the Demitasse Cup