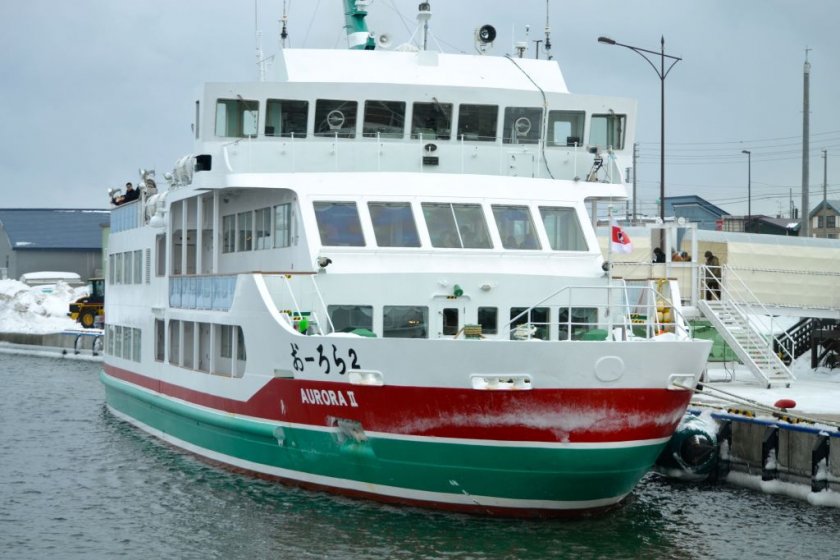 A once in a lifetime experience

Abashiri is a small town on the eastern coast of Hokkaido. It is mostly famous for the drift ice in the Sea of Okhotsk, which is the southernmost point in the Northern Hemisphere to see the drifting sea ice. The best way to do so is through the Aurora Sightseeing Boats. These boats depart from the Abashiri port 4-5 times a day from mid-Jan till late March, the peak period being in Feb. Though people generally prefer/have to stay overnight at Abashiri, luckily we could zap it off in a day trip from Sapporo! Though it may sound hectic, let me tell you it’s absolutely worth it!!!

We took the 7:21am train, and about 5 min after it left Sapporo the whole landscape was a beautiful panorama of creamy white dazzling snow. The whole train journey was remarkable. Vast fields of white, houses covered with blankets of snow, platforms with snow touching the ceiling, white bridges curving gracefully over white rivers, snow-camping, snow-mobiling on frozen lakes and rivers; it was such a wonderful snowy saga that we didn’t realize a whole 5 hours had already passed when we reached Abashiri, a short while before 1pm.

At the station, we made some general sightseeing enquiries at the small but efficient information centre. The ladies there were really cordial and helpful. We then hired a taxi for the port. Since we had already booked the cruise tickets online, things were quite hassle-free in spite of the heavy crowd at the station and at the port. All we had to do was wait a little while before hopping onboard.

We took the 2pm cruise and there were two sections of seating onboard. One section was specially reserved for those with VIP tickets while the rest was for all others. We had normal tickets and since we were quite ahead in the line, we got seats in the front row. Later we found there were more people onboard than the seats and thus many were standing all through the 1-hour cruise.

We were seated just for few min before we realized that we could actually go and stand outside on the deck, so without wasting any time we eagerly rushed out. The views, the scenery...as the ocean and the ice unfolded, it was simply breathtaking! The boat went right through the drifting ice. It was like a whole sheet of floating ice plates, all almost identical in shape like huge lotus leaves interspersed with big rocks of ice. The entire view was simply stunning, a once-in-a-lifetime experience. To top it all, there were beautiful seagulls flying so close to us, and then we saw another Aurora boat just parallel to ours, making for a perfect shot of the boat making its way through the sheets of drift ice. There were many couples, young and old, all equally excited and having a good time taking pictures for each other.

We were back in an hour, and as we were leaving the port we found that the next cruise scheduled at around 4.30 p.m. had been cancelled due to lack of drift ice. Actually we were aware of this possibility when and if there is no drift ice or due to rain; one can only know through the website which is updated just an hour before each cruise. So it is always a close call. While it’s advisable to book tickets in advance because of the rush (even on weekdays), there’s always this chance of the cruise getting cancelled due to weather conditions. We felt so lucky and thankful to have been able to make it without any such hindrances.

With some spare time left, we then checked out the Hokkaido Museum of Northern People before heading back to Sapporo by the 5:18pm train. By 10:30pm we were back in our hotel room in Sapporo.

The entire day, the journey, the cruise and the whole experience was so amazing, it was like seeing a completely different world in just a day.

If you ever happen to visit Hokkaido or Sapporo during the winter months, make sure to save a day for this wonderful experience. It’s absolutely worth it! 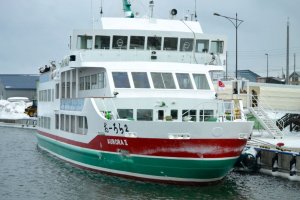 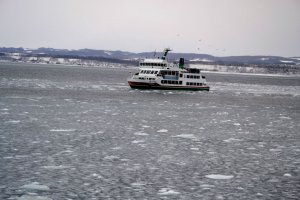 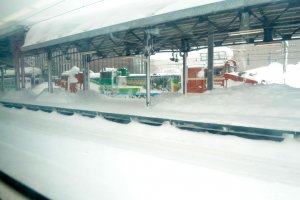 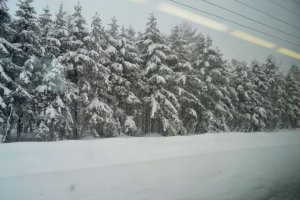 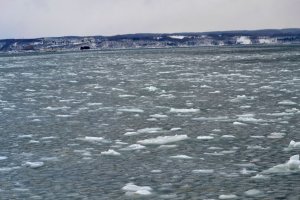