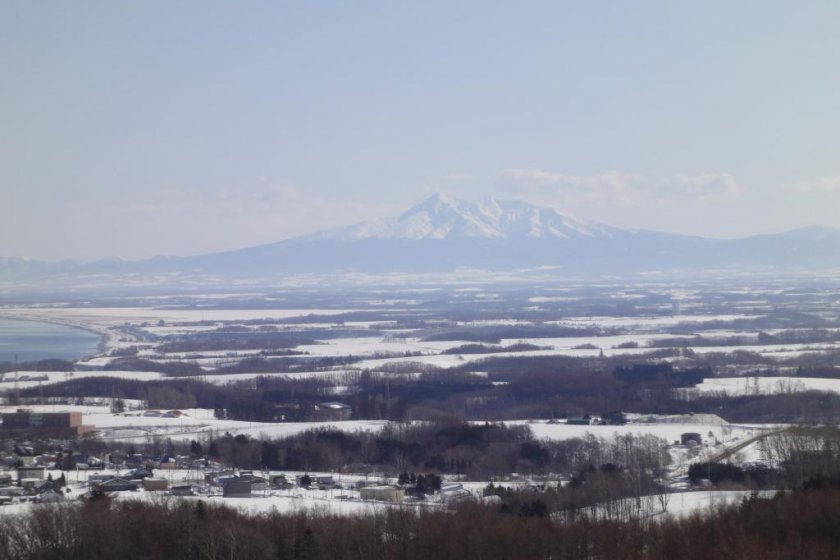 Abashiri is town on Hokkaido’s northern coast line that was famous for its fearsome remote, ice bound prison for Meiji era political prisoners – a sort of Japanese Gulag of its day.

Today however it’s the sea ice that brings people to visit and – thanks to the Okhotsk Ryūhyō Museum – you see it can all year round.

First stop was Mount Tento - I got the bus up to the top of the peak, which had a view over to town of Abashiri, the sea of Okhotsk and the nearby snow-capped mountains.

The museum on the mountains summit has a viewing platform for great views as well as an ice slide and tobogganing area for children and big kids alike.

Inside they have pieces of drift ice that have been craned out of the sea and kept in a deeply refrigerated room for tourist to see in the summer. Most of the exhibits are in Japanese, but you can see the tiny "Sea Angels" or tiny shrimp that live under the ice in a tank.

The most fun thing is that as you go in they give you a wet flannel to take into the ice room that you swing about for about 30 seconds before it freezes solid and looks like some piece of dried fish. This is actually way more exciting than it sounds, as it just happens so fast that you are sure it must be a trick, and many people rush round to grab another fresh, soft towel to try it again.

Inside you can get up close and personal with the ice and see the bizarre shapes and colors that the frozen sea water twists into.

As with all museums in Asia it is as much of the fun is looking at the museum itself as much as the exhibits as they always seem to present thing in a way that is just... different.

To enter the ice room they have a selection of coats you may borrow for those who visit in summer, but bizarrely these were these massive grey and maroon felt smock things that looked straight out of a Dickens novel. Why? I have no idea…As I was visiting in February, from here I took the bus back to the harbor and then went on an Ice breaker cruise aboard the Aurora which is also described by another great JT article.

Sadly, that particular day there wasn't much sea ice, and that there was mostly by the harbor, but the trip up to the Notoro Cape was fun none the less. The effects of climate change are clear – the amount of sea ice has been decreasing since the 1980s – so make sure if you are in the area you take this opportunity while you can!

Before setting out its really worth checking with the cruise operators which cruises of the day are running as they cancel some sailing depending on conditions.

It’s really easy to combine these two activities as it’s possible to get a bus pass ticket that covers multiple journeys on the bus that links the cruise terminal and the Sea Ice museum, the Northern Peoples Museum and the Prison Museum. Its worth noting that the timetable and route changes with the season so check ahead to avoid any long waits or longer walks.

The passes are available at the tourist office as well as many hotels and guest houses so ask for advice and latest details. 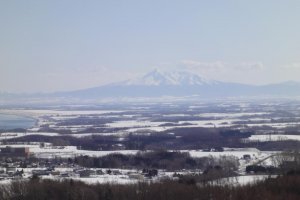 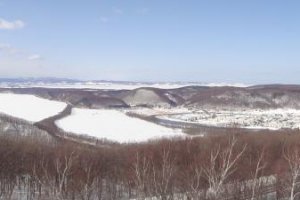 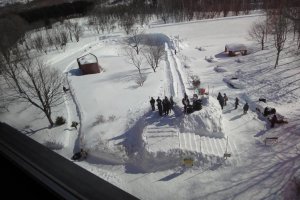 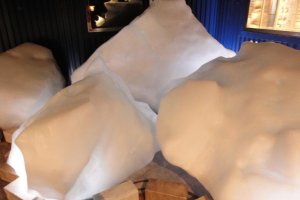 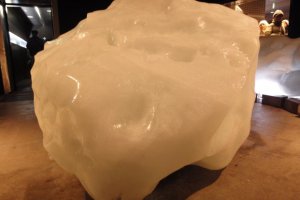 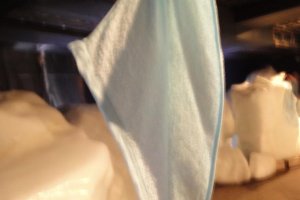 Novia Mardasari a month ago
I never see block ice before except in TV. Good experience.
Reply Show all 0 replies

Preethu 3 years ago
will it be worth visiting the museum only, in summer or so.
Reply Show all 0 replies
3 comments in total