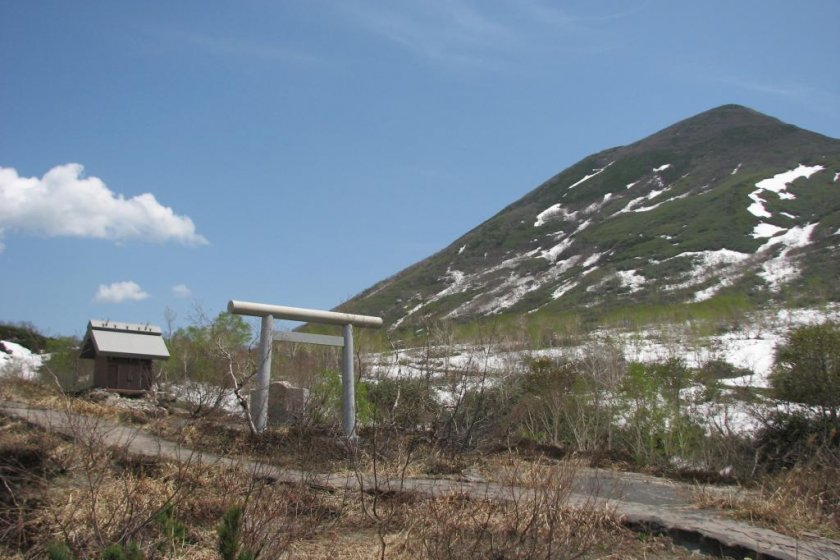 A trip to Goshiki Onsen

Find your zen, and discovering the joys of sulfur

Mount Annupuri serves as a great backdrop for the outdoor bath

May 25th marked an exciting event in the Niseko summer calendar this year. It was the day that route 58, the mountain pass that connects Hanazono to Goshiki Onsen (Goshiki Hot Spring) opened after a long winter of being out of bounds.

Goshiki and the surrounding area offer one of the more immediately visible reminders of the geothermal and seismic activity that lies locked up in the earth beneath Japan and the road that leads from Hanazono is marked with bubbling streams and steaming, mineral encrusted ponds.

The Niseko area is famous for its snowfall but also its high density of onsens (hot springs) and in an area with so many there is one for every occasion. Need to warm up after a day of skiing? The Alpen Hotel onsen is just by the lifts. Want to have a few beers with friends before a night out? Try Yugokorotei Onsen. Need to clear your mind and get utter relaxation? Take the road up to Goshiki.

The Onsen, a collection of initially unimpressive ramshackle buildings dating back to the Meji era, is situated on the right hand side of the road next to the hiking trailhead that leads off to Onuma Lake. It is at the bottom of a valley with the green slope of Mt. Annupuri rising off to one side and the rust-orange sulfur fields rising off to the other. The difference in scenery is quite stunning as you go from lush greens to Martian hues in 180 degrees of vision.

Entry to the baths costs 600 yen and towel rental is available for an additional 200 yen if you didn’t bring your own. There are actually two separate bathing areas inside, both are fantastic but my personal choice is to go in the first set on the right that you arrive at after paying for your entry. The baths further through the back of the complex are much older with not so impressive views from the outdoor bath. After choosing your bath you enter a spacious changing area where you disrobe and leave your clothes in the basket provided before showering in the adjoining room and getting your relax on.

The water, the real draw of the place, is eggy smelling and full of hydrogen sulphide with a color that changes from creamy white to green depending on how angry the volcano gods are. The outdoor baths are not the biggest that can be found in the area but are perfectly designed for relaxation with great views and stones rising out of the milky water that give the impression of a Zen garden. A nice touch is the floating wooden serving trays on which to perch your beer or sake.

Onsens in this country often proudly display the therapeutic effects of their particular water, with some claiming to be good for joints, wrinkles, back pain, evened in Akita that claims to have anti carcinogenic properties. I'm not sure what claims Goshiki make, but an hour in the baths will leave you feeling like you have been zapped with a muscle relaxant and been given a deep tissue massage. As I look at the mountain of paperwork piling on my desk, I can think of no place I would rather be. See you in an hour or so... 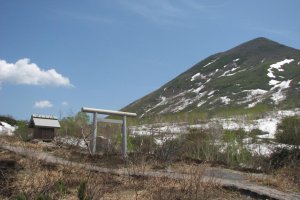 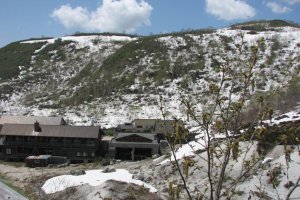 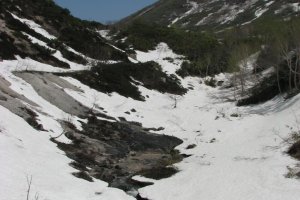