Marvel Studios: A Universe of Heroes

The Marvel Cinematic Universe is a franchise of superhero films produced by Marvel Studios, and it started with Iron Man back in 2008. Since then, it has included other box office hits like The Avengers (2012), Ant-Man (2015), and Captain America: Civil War (2016).

A special exhibition taking place at Hokkaido's Sapporo Factory will explore this universe of heroes, and it will feature numerous pieces on display related to the movies. From costumes and props through to original comic pages and sculptures, this is an event that Marvel fans shouldn't miss.

Advance tickets can be arranged via Lawson stores until January 8th at a slight discount from the on-the-day admission fee. Details on ticketing can be found here (in Japanese).

The Sapporo Factory mall is located just under 15 minutes on foot (or a five minute cab ride) from Odori Station, which is served by the Sapporo Municipal Subway's Namboku Line, Tozai Line, and Toho Line. 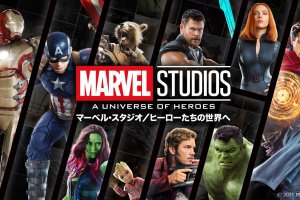