A unique use for the area's famous drift ice

Monbetsu, in the far northeastern portion of Hokkaido, is famous for the drift ice that accumulates off their coast in the winter months each year. Using this to their full advantage, the region hosts a drift ice festival each year.

The festival has been running since 1963, and showcases a range of different ice sculptures. At last year's event, there was a replica of Cambodia's Angkor Wat, as well as a host of cute character sculptures including Totoro, Donkey Kong and Kirby, among others.

You'll also find plenty of food booths at the festival where you can enjoy some local Monbetsu cuisine - the area is particularly well regarded for their crab which is said to be some of the best in Japan, so be sure to indulge.

The Monbetsu Drift Ice Festival is held at the Hokkaido Ocean Park, approximately a ten minute drive from the Okhotsk Monbetsu Airport. Taxis and car rental companies are available at the airport. 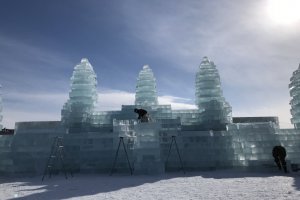 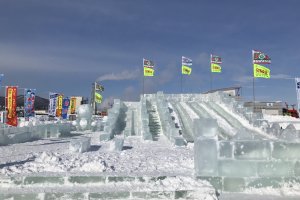 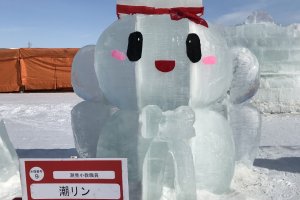