A heavenly garden in the biggest city of Hokkaido

You may be surprised to find a large grass-covered garden in the middle of the urban jungle close to Sapporo Station. Normally it is not possible to have such a place in the front of the station, but I am about to reveal this secret location.

The place is in the building of ESTA. There are restaurants on the 10th floor, with a rooftop garden called "Sky Garden" on the corner of the 11th floor next to Planis Hall. Just get in the elevator, go to the top floor, and then, you will be welcomed by the open fields of grass. You may be amazed at the fact that such a comforting, beautiful garden exists in Sapporo, the largest city of Hokkaido.

The garden, which opened on September 23rd in 2011, began with the concept of making the roof a green, restorative space for people as a part of an environmental conservation activity. The full-scale rooftop garden is the first one in Hokkaido, which is a northern region of Japan, and they're proud that "Sora no Garden (Sky Garden)" has been created on the first attempt at designing a roof garden there. The planning and work process has been supervised by Sayuki Ueno known for her work at Ueno Farm in Asahikawa and Kaze no Garden or Wind Garden in Furano. Born in Asahikawa in 1974, she learned gardening in England, and has been actively working on garden designs in Tokachi, as well as the development of Hokkaido Garden Road connecting Asahikawa and Tokachi area.

Here you can find many perennial plants suitable for the climate of the region, as well as a great variety of flowers that change their expression seasonably. A sculpture named "Wind by Terminus" by a local sculptor Asuka Kunimatsu adds an artistic touch to the garden. Born in Otaru in 1947, he is one of the most successful artists in Hokkaido. Many of his works are displayed at public facilities like Sapporo Dome.

White tables and chairs are placed around the garden, so you can sit, drink, eat and relax. If the idea of an open air picnic appeals to you when you don’t have any food in the area, head down for some take-out food and drink to the 1st floor below ground before going up to the garden, or you can use a vending machine near the entrance to it. It is a tranquil place for you to visit for a break from hustles and bustles of the town when you are in Sapporo.

I'm a duck translator and writer living in Sapporo, Japan.  I specialize in translating Japanese into English and writing English articles.  I want to write fun articles many people will enjoy reading.  I love to dine out and make sweets at home. 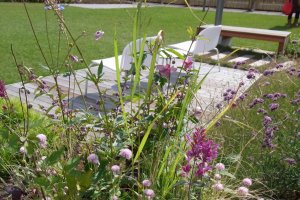 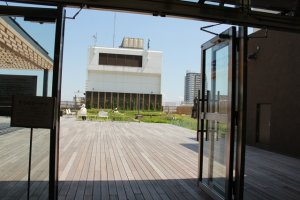 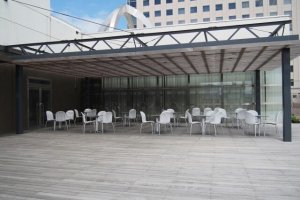 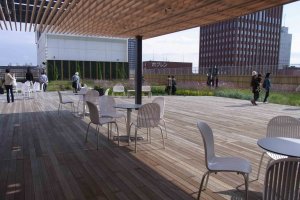 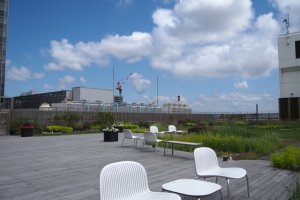 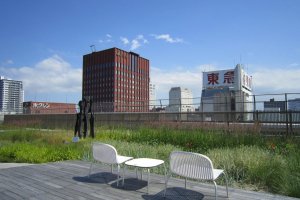 Noriko Duck Author 4 years ago
I have lots of fun when I drink fruit soda and eat a Chinese take-out in this garden.
Reply Show all 0 replies
1 comment in total